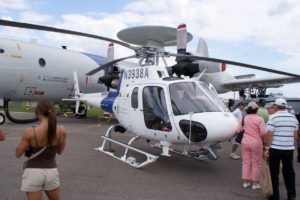 The helicopter was transporting workers who would repair power lines in the area, but after a loss of power crashed on the ground. The place is difficult to access and the emergency units hardly reached the scene of the accident. After the arrival of the paramedics, they found four people dead and two seriously injured. Unfortunately, the wounded people died en route to the hospital due to the life-threatening injuries.

The helicopter Eurocopter AS350B3 Ecureuil was operated by contractor company Edemsa, responsible for installing the towers and high voltage wiring of this route.

The circumstances around the crash are unclear. The investigation is underway.