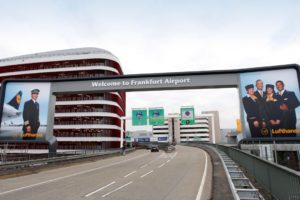 Six people were injured after tear gas attack by an unknown person at Germany’s largest airport in Frankfurt. People have complained of eye and respiratory problems. However, air pollution has not been detected by the fire service. The incident happened in the Terminal 1 check-area. A large-scale operation of the police and the fire service was triggered on site. The motive and direct cause is currently unclear – and fire crews cleaned up the scene.

At least 20 check-in counters were closed while police and fire crews dealt with the incident.

“The cause is unclear, investigations continue”, said the spokesperson of the Frankfurt Airport.

Later, the Check-in has reopened and flights are operating as normal.

The incident happened less than 48 hours after the Frankfurt airport, which is the largest in Germany, was partially evacuated after a person deemed to be suffering from a mental illness told the police that he was carrying an explosive in his luggage, but such was not discovered. A taxi driver has warned police about the strange behavior of a 37-year-old man and they met him when he arrived at Terminal 1 on Saturday night.