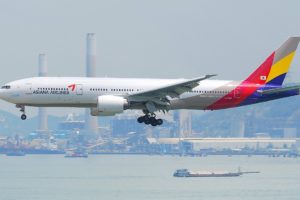 The general director of the Yakutsk airport Nikolay Mestnikov met with the head of the representative office of Asiana Airlines. The sides discussed issues of cooperation in the field of passenger transportation. To date, the Yakutsk airport meets the international requirements of the “C” class in terms of comfort and safety, has a developed infrastructure and is equipped with telescopic ladders. It is a spare airport for airlines performing cross-polar flights, as well as airport-based global aircraft manufacturers – Boeing, Airbus , Bombardier, Sukhoi and others – test aircraft at extremely low temperatures.

With the transition in 2014 to a visa-free regime between the Republic of Korea and the Russian Federation, the passenger traffic from Yakutia to South Korea is steadily growing. So, for 2016 from the capital of the republic (without taking into account transit through Vladivostok) the transportation amounted to 4,500 people, which is more than twice as high as in 2015 (2,000 passengers), and for 7 months of 2017 this figure almost reached 4,000.

The arrival of a new international player on the market will allow satisfying both domestic demand for regular communication and strengthening the tourist potential of Yakutia. Asiana Airlines has interest in cooperation, which will be further discussed in Seoul.

Asiana Airlines is a South Korean airline that operates flights to 12 domestic and 82 international destinations in 21 countries, a member of the global airline alliance of passenger transportation Star Alliance.