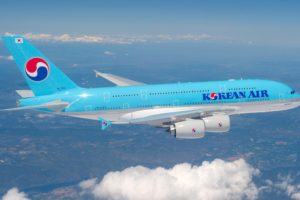 South Korean police seeks order for arrest of Cho Yang-ho, chairman of the board of directors of Korean Air, in suspicion for misappropriated of funds from the country’s largest air carrier. According to the prosecutors office, in 2013-2014 he spent 2.65 million USD to repair his home in the center of Seoul, which, as the police suspect, were abducted from the company.

A month ago Cho Yang-ho was summoned for testimony, and then he rejected all charges against him. The investigation began with the fact that in the field of view of law enforcement agencies was a construction company that carried out expensive repairs for South Korean conglomerates, including Korean Air and Hanjin.

In July, police raided the headquarters of Korean Air Lines, South Korea’s top airline, as part of an investigation into allegations that company funds were used to pay for the renovation work at Cho Yang-ho’s home.

In 2014, in South Korea, a scandal erupted around the daughter of Cho Yang-ho. She was accused of improper behavior aboard an aircraft belonging to her family airline. She made a scandal because the flight attendant gave her nuts in the package, not on a plate. Then the senior flight attendant was removed from the flight and there was significant delay in arrival at New York. After the mass media became aware of the scandal, the daughter of the head of the airline came under court and was sentenced for an year in the prison.