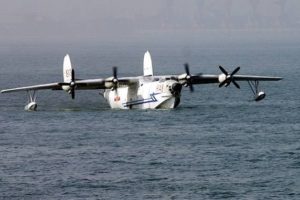 The Spanish authorities sent two amphibious aircraft to Greece to help with fighting forest fires. This is stated in a report published on Tuesday in the Ministry of Agriculture, Fisheries, Food Industry of the country.

According to the ministry, the Greek authorities asked for help from Spain on Monday to fight the disaster.

The number of deaths from forest fires in the suburbs of Athens reached 74 people. There might have more victims, because the Fire Department recorded many calls from people searching for their relatives, whose fate at the moment is not known.

Greece sought international help through the European Union as the fires on either side of Athens left lines of cars torched, charred farms and forests, and sent hundreds of people racing to beaches to be evacuated by navy vessels, yachts and fishing boats. Winds reached 80 kph (50 mph) as authorities deployed the country’s entire fleet of water-dropping planes and helicopters to give vacationers time to escape. Military drones remained in the air in the high winds to help officials direct more than 600 firefighters on the ground.