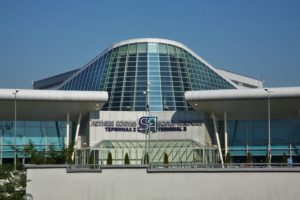 Spanish airport operator Aena considers joining the concession tender for Sofia Airport in Bulgaria. He is also interested in the future concession of airports in Columbia airports and in Cuba – Santa Clara, Varadero, and Coyco Coco.

Aena operates the airport in Barcelona and in the British London Luton. However, the information was not from an official source, but from an anonymous one who claimed that the state-owned Spanish company would participate in the concession in partnership with the Australian First State. The company’s strategy foresees growth with projects outside the country.

Aena operates 46 airports in Spain and participates directly and indirectly in the management of 16 airports in Europe and the United States, including London Luton Airport. According to data from the CAPA Aviation Center, Aena is the largest airport operator in the world.

To date, the only candidate who has officially confirmed his intention to participate in the tender for the concession at Sofia Airport was the British company Manchester Airport Group. The company commented to the media that they are familiar with the commercial terms of the concession, “very similar to those elsewhere in the world and in Europe”.

Possible candidates for the concession of Sofia airport are the German operator Fraport, which participates in the management of the airports in Varna and Burgas, and the French concern ADP.

The government expects to receive nearly 4 billion EUR from the 35-year concession of Sofia airport, which includes the initial amount the concessionaire has to pay – about 300 million EUR.

The predicted value of the concession is 3.9 billion EUR within 35 years.

The concession procedure was announced for the first time by the previous government with the idea of ​​a significant initial contribution to go to pay the debts of Bulgarian railway operator.

In order to re-announce the procedure, the Ministry of Transport uses World Bank and European Bank for Reconstruction and Development advisory services.