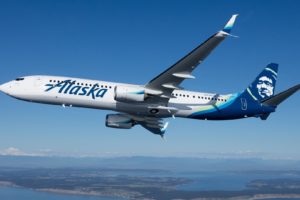 Flight attendants of Alaska Airlines got out of the plane at airport of Juneau a group of 11 passengers, who violated the rules of conduct and caused a scandal in the aircraft.

The incident occurred on Monday evening, June 26, at the airport of Juneau, the capital of Alaska. The airplane was preparing to takeoff and already maneuvering to the runway, when all the passengers were asked to switch off their smartphones, fasten the belts and move the backs of the seats to a vertical position. However, a group of 11 people refused to follow the rules of conduct on board and the takeoff maneuver was abandoned.

Following the incident, the brawlers were got out of the plane and the aircraft successfully took off en route to Seattle.

According to the official statement of Alaska Airlines, the 11 passengers not only violated the rules of conduct on board, but also loudly listened music on their devices and made obscene statements about stewardesses. They also interfered with other passengers, which forced the crew on board of the airplane to get them out.

Alaska Airlines is part from Alaska Air Group, which is based in SeaTac, Washington. The fleet of the airline consists of 153 jet aircraft.