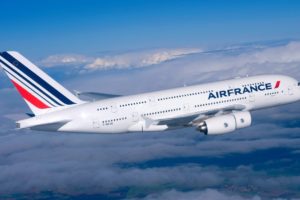 The strike of Air France’s employees will affect at least half of the long-haul flights from Paris. Their departures should not be expected within the next 24 hours, according to the airline official statement. In addition, 25% of medium-range flights and 15% of short-range flights are temporarily not carried out. Passengers can also expect disruptions and delays.

The strike by employees of Air France, which require an increase in wages, will throughout Wednesday and Thursday.

“Air France regrets the situation and makes every effort to minimize inconvenience to passengers in connection with the strike”, said the airline in its statement.

The airline’s guide recommends that passengers postpone the trip or change tickets for a later period at no additional cost.

The airline estimates that 28% of its staff will join in the industrial action with employees demanding a 6% across-the-board pay increase. The management is offering a basic increase of 1% to be paid in two installments and a range of incentives, which trade unions have dismissed as “small change”.

Air France is the French flag carrier headquartered in Tremblay-en-France. It is a subsidiary of the Air France–KLM Group and a founding member of the SkyTeam global airline alliance.