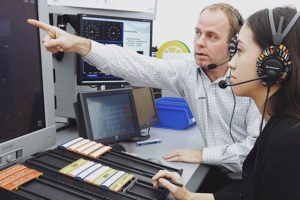 Greek air traffic controllers will hold three-hour strike on May 30, which will affect a number of flights to be canceled or their schedule to be changed. In particular, the Greek airlines Aegean and Olympic Air are forced to cancel six flights and change the departure time to another 50 flights. The morning flights from Athens to Istanbul and back, to Sofia and back, Athens-Thessaloniki and Thessaloniki-Athens were canceled.

The departure time for another 50 flights of these companies has been changed so that they do not fall into the strike hours 10:00 to 13:00 local time. All changes in the schedule are published on the airlines’ websites.

The strike will affect the flights of other airlines as well.

Greek air traffic controllers participate in a nationwide strike of workers who protest against the constant drop in the standard of living, demand to stop the policy of tightening the belts, take real measures to combat unemployment, increase salaries and pensions to a decent level, and introduce a fair taxation system.