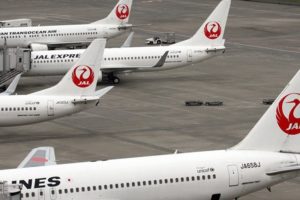 On the island of Hokkaido, the strong winds also violated the railway communication. Over 100 trains were stopped. Interruptions in the movement of trains, including high-speed trains, are also observed in the south-west of the country.

According to the Chief Meteorological Agency, the wind speed in some regions reached 32 m/s on Thursday night. The windy weather in Japan will continue Friday. Its speed will be 25-28 m/s.

According to the forecast of meteorologists, on the northern island of Hokkaido may have heavy snowfalls, within a day to 70 cm. In the coastal areas there will be a rise in waves to 6-8 m.