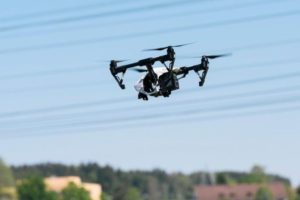 Swiss company Skyguide, engaged in air navigation services, conducted a successful test of the prototype of a prospective dispatch system for drones, which will be responsible for the flight of autonomous unmanned aerial vehicles. During the tests the possibility of automatic registration, identification and geozoning was checked.

Due to the constant drop in prices for consumer drones, such apparatus is becoming more wide spread. The experts believe that in the near future drones will become even more, so that they began to pose a threat to manned aircraft, as well as for other drones.

The dispatching system for drones, developed by Skyguide, was called U-Sense. It will have to make the drone flights safe. At the same time, it will allow to realize completely autonomous flights of drones, which today with serious limitations can fly only under the full control of the operator.

The system is developed with the financing of the European Union and with the assistance of Eurocontrol, responsible for the safety of air traffic in Europe. It is expected that the new system will be gradually introduced in some European countries, including Switzerland, starting in 2019.

In addition to Skyguide, several other companies were engaged in creation of dispatch technologies for drones, including American startup AirMap, communication provider SitaOnAir and the drones producer SenseFly.

The prototype of the dispatching system was tested in Geneva. They involved two drones – SenseFly Albris and Intel Aero. In total, these vehicles performed three flights in the general airspace. During the tests, the drones automatically transmitted data about their position in space, registration and the planned route before the flight and during it. The U-Sense control system collected this information, transmitted drones information about the areas closed for flights, as well as instructions for choosing the best flight route.

The calculation of the route was carried out in such a way that the drones did not collide with each other in the air and did not interfere with the flights. During the flight, the dispatching system was monitored in real time the movement of UAVs in space.

In early June this year, the Project Wing division of the American holding company Alphabet, together with NASA and the US Federal Aviation Administration, tested its own dispatch system for drones. The inspections, during which flights in a single airspace carried out six drones, were recognized as successful.