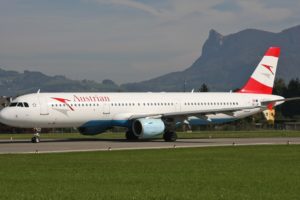 Brand new tablet iPad overheated on Austrian Airlines Airbus A321-200 during a flight from Vienna (Austria) to Cairo (Egypt). The airplane was approaching the Egypt capital, when a tablet emitted dense smoke. The passenger immediately reported the accident to the flight attendants and the fire was extinguished. The aircraft continued for a safe landing without reported damages and injuries.

The investigation for the root cause of the accident showed that it is very likely been caused by overheating of the Lithium battery of the tablet. According to the passenger the iPad Air 128GB was brand new, still in the original packaging by Apple and not yet been take to any use, the battery had neither been charged or discharged yet. It could not be established whether there had been an internal short circuit causing a rapid discharge of the battery.

The use of Halon extinguishers first to extinguish flames and stop smoke followed by cooling down with water was appropriate.

Fortunately during the incident there were no reported injuries among the 100 passengers and the crew.

Airbus A321 is a member of the Airbus A320 family of short- to medium-range, narrow-body, commercial passenger twin-engine jet airliners. It was the first derivative of the baseline Airbus A320 aircraft, and carries up to 236 passengers with a maximum range of 3,200 nmi (5,900 km).