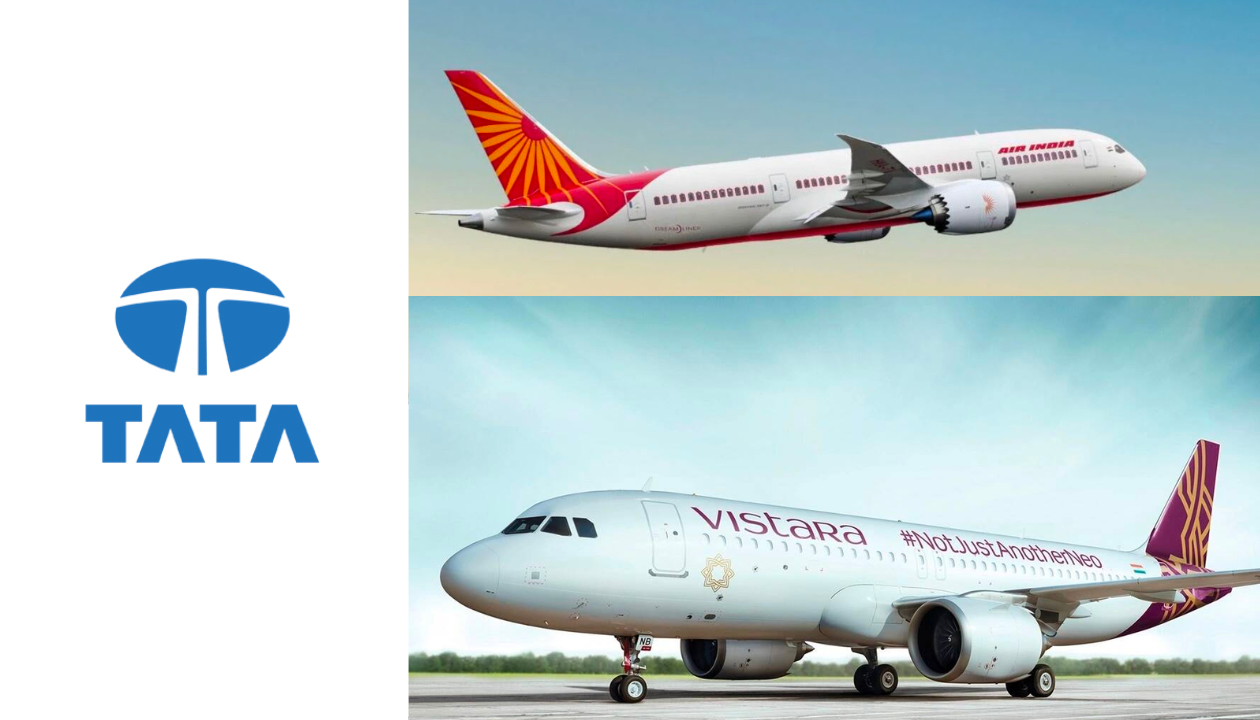 Wilson, speaking at an event hosted by the JRD Tata Memorial Trust, declared that the airline would raise its market share to at least 30% on local and international routes.

According to Wilson, the airline has brought back to service roughly 20 planes that had been sitting idle for years due to a lack of funding and spare parts.

Wilson also mentioned that the airline has finalized leases for 30 more planes that would be delivered over the course of the next year, beginning with the coming week.

Both the Jet Airways and Air Sahara merger and the Kingfisher Airlines and Air Deccan merger ended in disaster. Even after selling Air India to the Tatas, the problems caused by the combined operations of Indian Airlines and Air India persist at a rapid pace.

Despite this setback, the Tata group is still considering a merger between Vistara (a Tata-Singapore Airlines joint venture) and Air India (AI). This follows the planned combination of AirAsia India and Air India Express, another Tata venture.

With a stock market filing that revealed the merger talks, Singapore Airlines (SIA) has put to rest rumors about the potential combination.

As such, the merger between Jet Airways and Jetlite was never truly finalized. Jetlite’s Air Operating Permit (AOP) clearly distinguished it from any other Jetlite until the very final day of service. Jetlite continued to operate under the S2 code and its previous call sign even after Jet Airways switched to using the 9W code.

Since Kingfisher did not have the necessary five years of experience to fly international routes, a reverse merger was enacted between the two companies (Kingfisher Airlines and Air Deccan) in order to allow Kingfisher to use Air Deccan’s AOP to begin international service.

Today, the Tata Group owns all of Air India and half of Vistara. Tactically, Tata Sons owns Vistara and Talace owns Air India.

Is there a plan for combining Vistara and SIA? Will SIA be granted an ownership position in Talace, and will Talace eventually acquire Vistara? Then again, will SIA have a share in Air India? All of these mysteries will be solved in due time. The fact that Tata’s aviation sector owns a large amount of assets makes Vistara a potentially fruitful relationship for SIA.

Only Air India and Vistara fly wide-body aircraft within India. They have established routes and slots between each other at major airports like Singapore, London, New York, and San Francisco. Yet, these planes can’t be rapidly integrated into the fleet. Even though IndiGo intends to introduce wet-leased big body aircraft, SpiceJet has given up on its wide-bodied ambitions.

Air India, which is owned by the Indian government, has historically reaped the most rewards from the distribution of bilateral rights. Since becoming a private company, it has begun exploiting those privileges by purchasing additional aircraft. As a result of Jet Airways’ downfall, Vistara has also seen significant growth.

The total Tata Group offering is larger than IndiGo’s at several airports around the country, which is a clear competitive disadvantage for IndiGo. Coupled with the fact that Tatas provide free meals while IndiGo’s in-flight food options have been re-priced, passengers may be more inclined to choose a Tata carrier.

Human capital is one of Air India’s many difficulties. A new coat of paint wouldn’t be enough. The presence of duplicate employees has been a major problem in previous mergers. The Tatas, who have built their success on fostering a positive work environment, must proceed with caution to avoid a reversal of their image. The airport workers can be overworked as well, not only the pilots. It will be fascinating to watch how AI deals with this, as the airline had not laid off personnel even at the height of the pandemic.

For the airline to thrive, it will need to drastically alter its route structure. The group’s acquisition of AI occurred during a time of greatest route overlap between Air India and Vistara. Since then, with Vistara’s introduction of flights to Coimbatore and Jaipur, the overlap has only grown.

It’s critical to place an order for additional aircraft to increase carrying capacity and to refresh the current fleet. Having a small order book does have its benefits, though, as it allows for more maneuverability and better bargains.

The following step is.

Now, for the first time, Air India passengers may enjoy Premium Economy seating. As of now, most Vistara planes have a “premium economy” class available.

To re-enter the industry, Tatas teamed up with AirAsia, a long-time competitor of Singapore Airlines. Almost a decade later, SIA is emerging victorious in one of the world’s most interesting marketplaces, with Vistara having virtually totally supplanted AirAsia and now maybe bagging a portion of a revitalized Air India as well.