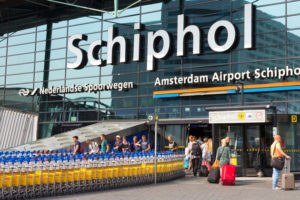 Technical malfunctioning of the air traffic control systems at Amsterdam’s Schiphol airport caused cancellation of flights and long delays. The problems were resolved around 1600 GMT, but it took hours for operations to return to normal, which affected tens of thousands of travelers for destinations around the world.

“Very high delays. Arrivals regulated with a low rate due to an ATC system failure”, warned Eurocontrol about the Dutch airport.

Moreover, tens of thousands of travelers have had their travel plans wrecked by a combination of strikes in Italy, and the technical problem of Amsterdam airport.

The national Dutch carrier Air France-KLM reported for cancellation of 50 flights. Delays ran up to more than four hours on other flights. British Airways cancelled a round-trip from London City to Amsterdam, while Lufthansa axed services from Frankfurt and Munich to the Dutch capital.

Schiphol received more than 63 million passengers in 2016, making it the third-busiest airport in Europe after London Heathrow and Paris Charles de Gaulle.