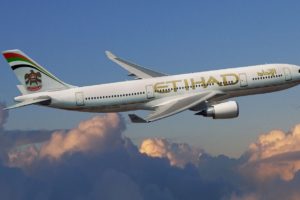 Terrorist group, which was defeated by the Australian authorities, intended to bomb Etihad Airways plane flying from Sydney to Abu Dhabi, according to the latest data from the investigation. During the weekend the local authorities arrested four Sydney residents for participation in terrorist group, which had plans to make suicide attacks in the country.

“The Etihad Airways aviation security team is assisting the Australian Federal Police with its investigation and the matter is ongoing”, said Etihad in a statement.

The arrested people are Khaled Mergi as his son Abdul Merhi, as well as Khaled Hayat and his relative Mahmoud Hayat, who were arrested on suspicion of planning to bomb an airplane and maintaining contacts with militants in Syria. The Australian law enforcement agencies have received information about the upcoming terrorist attack from the US and British intelligence services.

One of the most resonant news in Australia in recent days has become a huge queue of passengers at airports, formed after the introduction of additional security measures by the authorities. As Prime Minister Malcolm Turnbull said, enhanced control measures at airports will continue indefinitely.

The Prime Minister earlier refused to confirm the media reports on the conspirators’ connections to militants in the Middle East, but noted that “in the era of the Internet and social networks, in the era of messaging programs, Syria is not so far from Sydney”.