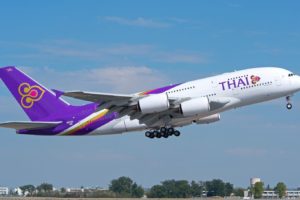 The Air Force of Thailand was instructed to urgently prepare a group of officers for the armed guard service on civilian flights in connection with the increased threat of terrorism. Forty officers of the Air Force, trained in special forces and airborne troops, have been allocated for four weeks of training in armed security flights. The course is a set of theoretical lectures and practical exercises on mock-ups of airliners.

After completing the course, the flight security officers will have another, fully practical course, after which they, dressed in civilian clothes, but armed with pistols, will take their places in the passenger seats of airliners.

The presence of armed guards with concealed weapons in airliners is allowed by the Thai law on aviation communications and navigation, a new edition of which was recently adopted by the country’s parliament. The work of security officers on civilian flights will be organized in accordance with the principles and norms of aviation security developed and adopted by the UN.

The security will operate on aircraft of airlines in Thai jurisdiction. The guards will work on flights that are carried out on the routes with the highest level of terrorist threat.