The first half of the seventeenth century saw one of the most ambitious space programs in history: the first efforts to fly to the Moon.

Perhaps not so much if you remember that it was a time when scientific knowledge was advancing with an unprecedented speed .

Two examples are the astronomical discoveries of Galileo, made in Italy in 1610 with the newly invented telescope, and the description in 1628 made by the British crown doctor, William Harvey, of blood circulation in living beings.

In fact, a whole range of practical inventions, including the aforementioned telescopes, as well as mechanical clocks, gunpowder and magnetic compass, were radically altering the limits of human perception and causing people to ask more and more questions about the world in which they lived.

New world on the horizon

When Galileo first looked at the Moon through his telescope in January 1610, he was surprised to discover that it seemed to be a “world . “

And it is that, unlike the Moon visible to the naked eye, with the telescope it was possible to appreciate mountains, continents and what Galileo confused with seas.

For his part, the contemporary Welsh astronomer William Lower said that his telescope made the Moon resemble a Dutch marine chart, with bays, islands and inlets. 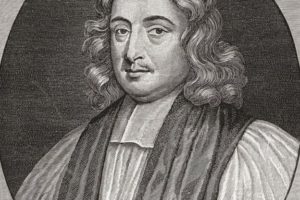 These discoveries attracted the imagination of European thinkers and, since they were deeply religious times, many wondering on if God had made the moon a world like Earth .

Would he have put intelligent life in it? If so, could we communicate with those beings?

The seventeenth century, a brilliant era

This tempting possibility is right at the heart of the space program of the Rev. John Wilkins , a young English clergyman and passionate lover of the new science.

In 1638, his book entitled “Discovery of a New World … on the Moon” provided the first real opportunity for English readers to interpret Galileo’s ideas. 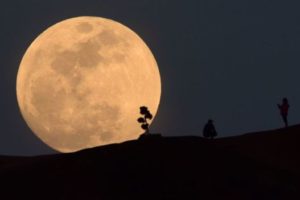 At first sight, the Moon does not show its complex geography as it is possible to appreciate with a telescope.

What’s more, Wilkins was a Copernican, who believed that the Earth moved around the sun, and suggested that no s or what the moon could be available for human travelers, but also other planets .

Wilkins had read extensively about the science of his time and was also inspired by one or two contemporary works of “science fiction,” such as Somnium (“The Dream”), published by Johannes Kepler in 1634 and which speculated on human travel in space.

John Wilkins set out to try to use the most advanced science and technology of the time to design some type of spacecraft, which would incorporate technical details of the design of ships, more atmospheric sciences, ornithological studies and experimental physics.

During the next decade, he used that series of theories and skills to create an incredible proposal .

A central aspect of Wilkins’ scheme was his understanding of Earth’s gravitational pull, since it was something that any potential space traveler needed to avoid.

At this time, however, 50 years before the work of Isaac Newton , scientific thought still confused the force of gravity with the attraction of the Earth’s magnetic field. 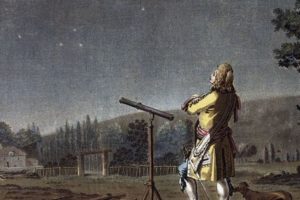 In the seventeenth century, astronomers already knew the distance to the Moon quite accurately.

From his observation that a magnet stopped attracting the needle of a compass at a certain point of separation, Wilkins concluded that the tug of the Earth ceased about 30 kilometers from its surface .

Of course, we now know that he was wrong, but science often advances thanks to mistakes.

Road to the Moon

Looking for the Selenites

In order to climb up to surpass those initial 30 kilometers, Wilkins proposed the development of a remarkable vehicle .

His flying chariot was going to be like a small ship, in the middle of which there would be a powerful clock motor powered by a spring.

The force of the gunpowder could be used to roll up this machine, so that when its mechanism went on, it would make its large pair of wings, similar to those of a bird, beat. 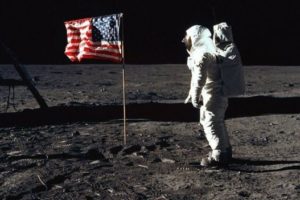 Humankind came to the Moon, but about 330 years after Wilkins devised his ingenious space plan.

The chariot would rise and, when it had climbed 30 kilometers, the engine could be turned off. From this point, I expected to glide towards the Moon.

The astronomers of 1640 knew the distance to the Moon quite accurately, so Wilkins calculated that the crew of the flying chariot would spend several weeks on a relatively routine journey , like those faced by great oceanic sailors.

When the astronauts felt the much weaker pull of the Moon, they would simply need to turn on the wings clockwise to ensure a safe descent and landing. Simple, right?

Wilkins also imagined the encounter with the possible inhabitants of the Moon, which he called ” S elenitas” , by the Greek goddess of the moon Selene . 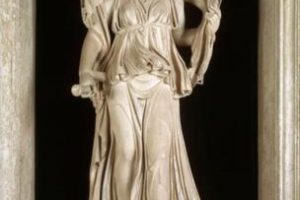 Wilkins baptized the possible inhabitants of the Moon as “selenitas”, by the Greek goddess Selene.

If they existed, he wrote, traders could trade with them and establish new lucrative markets.

In addition, Wilkins pointed out that the food supply for space travelers would not be a problem because, he argued, we only feel hungry due to the Earth’s constant tug on our stomachs.

In other words, in space we would not be hungry due to the lack of gravity.

The honeymoon of science

It goes without saying that Wilkins’ flying chariot never became an astronautic reality .

In fact, science was advancing so fast that, 24 years after its proposal, in 1664, Wilkins had already realized its impossibility.

In 1659, the investigations of his friends Robert Boyle and Robert Hooke had led to the discovery of emptiness, and the understanding that there was probably no air in space and, therefore, was impassable.

However, while Wilkins never rose higher than he could jump, his lively intellect, his brilliant personality and his power to inspire others put him at the forefront of the English scientific movement .

As director of Wadham College, in Oxford, between 1648 and 1659, he gathered around him a ” c lubbe ” of scientific friends, while at the same time working closely with researchers in astronomy and physics at Gresham College, in London.

And when the monarchy was restored after the civil wars in 1660, the scientific circle Wilkins became the Royal Socie ty , which remains the most august scientific body UK.

Later, as Bishop of Chester, he took under his wing the brilliant Robert Hooke, who became the greatest experimental physicist of the time.

Wilkins and his friends lived in what might be called the period of ” L of honey” of science : he had discovered enough to open a wonderful outlook, but only time would tell how much more was needed to realize spaceflight.

* Allan Chapman is a science historian at the University of Oxford, specializing in the history of astronomy and medicine, and the relationship between science and religion.