The Israeli probe Beresheet, crushed last April on the Moon, would have released on its surface tardigrades, an almost indestructible animal, which could survive the extreme lunar conditions.

According to the Wired Information Site, the probe had a time capsule provided by the Arch Mission Foundation that included a digital library, DNA samples and thousands of tardigrades.

The private company SpaceIL, which designed the probe, is now trying to find out if they survived the April 11 crash.

It must be said that if the absence of atmosphere and the extreme temperatures varying between -175 and 125 degrees on the lunar surface are incompatible with human life, it is quite different for this tiny animal of one millimeter, also known under the name of water bear.

On Earth, a tardigrade is an example of biological adaptability. It lives as much in the high altitudes of the Himalayas, more than 6,000 m, as in the ocean depths and can survive as much space vacuum as pressures of more than 1200 times our atmosphere. 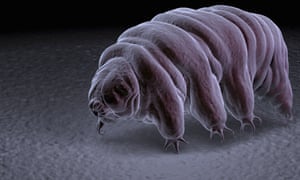 It also survives very well in the absence of oxygen, nutrients, water, salt and radiation.

Its capacity to survive almost everything is due to its function of cryptobiosis, a condition that allows you to put your metabolism in “pause”, by desiccating.

Its life expectancy is about 30 months, but researchers have seen in the laboratory these animals wake up after 30 years of cryptobiosis.

In 2017, tardigrades found in 2000-year-old layers of Greenland ice have come alive after being warmed.

If the tardigrades have survived the crash, they will not be able to proliferate on the Moon. It would then be necessary to return them to Earth to re-hydrate them and bring them back to life.

The return of a human on the Moon is not expected before 2024 by the Americans.