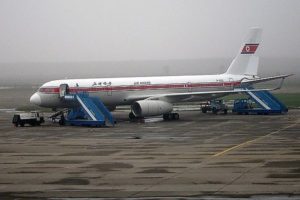 The DPRK is interested in acquiring new civilian aircraft from Russia to enhance flight safety, revealed the vice press secretary of the State Duma, Sergey Neverov, who heads the Russian parliamentary delegation in Pyongyang.

“At the meeting in the DPRK, we raised the issue of civil aviation and flight safety. The Korean side expressed interest in acquiring new Russian aircraft”, said Sergey Neverov. “We have air communication between Pyongyang and Vladivostok and we, of course, would like more modern and safer aircraft to fly along the route”, added he

Sergey Neverov noted, that this affects the interests not only of Russian passengers but also “citizens of any country in general who use flights to Pyongyang, including from Beijing, which are also operated by North Korean airlines”.

“We believe that such a dialogue should be conducted since this [civil aviation] is not part of the UN Security Council’s claims to Pyongyang”, stressed he.

The national airline of the DPRK, Air Koryo, traditionally uses Russian equipment for passenger transport. Flights in the republic are carried out on IL-18 and Tu-154 airplanes, and international flights on more comfortable Tu-204. The DPRK national airline operates regular flights from Pyongyang to Vladivostok, Beijing, Shanghai, and Shenyang, and negotiations are underway to launch charter flights to Hanoi in Vietnam and Ulan-Ude in Russia.