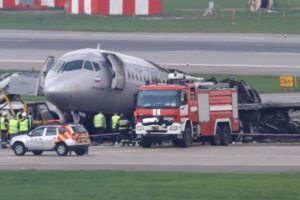 “The EASA immediately established contacts with Russian authorities to monitor the progress of the investigation from the very beginning and to take part in the investigation to the extent allowed by the existing rules, so that timely security measures can be taken as soon as it will be necessary when the causes of the accident are established”, said the Russian authorities

Aeroflot’s Sukhoi Superjet 100 was performing flight SU1492 from Moscow Sheremetyevo Airport to Murmansk, but shortly after takeoff as hit by lighting and was forced to return to Moskow, were attempted to land. A total of 78 people were on board the airplane during the accident. Totally 37 people survived, while 41 were reported dead.

Sukhoi Superjet 100 or SSJ100 is a regional jet designed by Sukhoi, a division of the United Aircraft Corporation.