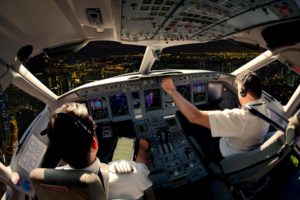 The European Union has adopted new safety rules aimed at improving the psychological condition of aircraft crews, according to the European Commission.

Under the new rules, all pilots of European airlines in the presence of psychological problems will have access to a support program. In addition, carriers will be required to conduct a psychological assessment of pilots before commencing flights.

As a further measure, “systematic testing of flight and cabin crew psychoactive substances” is introduced when hiring and without warning – after they leave hospital leave. Selective testing of aviation personnel for alcohol will be mandatory for all European and foreign airlines flying in the EU.

A two-year transition period is envisaged for the development and implementation of new rules.

The new regulations were developed in connection with the aviation accident in 2015 with the German airline Germanwings. Then the co-pilot Andreas Lubitz, taking advantage of the absence of the commander of the aircraft, closed himself in the pilot’s cabin and deliberately sent the aircraft uphill. All 150 people on board were killed.