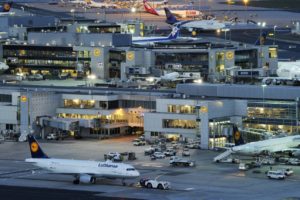 The European Commission (EC) has warned the EU diplomats to prepare their airports for Hard Brexit. The experts’ advice the 27 EU countries willing to increase customs capacities as well as to increase security measures and protect access to the single market.

Britain will leave the EU on March 29, 2019. A transitional period of 21 months was agreed in March during which London will continue to comply with EU law. However, the different positions on the Northern Ireland border have for the time being maintained the negotiation process. Brexit’s progress will be discussed during the EU leaders’ meeting scheduled for June 28th and 29th.

Without an air transport agreement, British airlines would not be allowed to operate in the EU because all licenses would be revoked. Britain will no longer be a member of the European Aviation Safety Agency (EASA), which actually issues the necessary certificates and permits to operate within the EU.

There will also be additional customs controls on cargoes at airports.

At present, much of the air cargo from third countries to the EU enters the community through the UK. This means that shipments do not need additional checks in other EU countries. According to the report, in recent months the EC advises different sectors to prepare for a Hard Brexit and makes legislative changes.

Several giants in the aviation sector have already complained about the lack of progress in the EU-UK negotiations. For example, Airbus warned the British government that it was “too dangerous” to continue working in the UK without the clarity of how London would leave the EU. According to the company’s calculations, an exit without a deal will cost it 1 billion EUR per week.