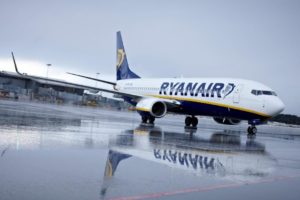 The EC cites in particular the obligation imposed on passengers from some EU Member States to apply to courts in Ireland for any claim for compensation from the company.

“I have read the information about Ryanair with concern”, said Věra Jourova, the EU Commissioner for Justice, Consumers and Gender Equality. “The fact that passengers will be able to bring legal complaints only in Ireland is clearly contrary to the rules”, added she.

The airline Ryanair, which faces staff strikes, said it would return the money for tickets, but would not pay passengers compensation for canceled flights and delays.

Ryanair is an Irish low-cost airline founded in 1984, headquartered in Swords, Dublin, Ireland, with its primary operational bases at Dublin and London Stansted airports. In 2016, Ryanair was the largest European airline by scheduled passengers flown, and carried more international passengers than any other airline.