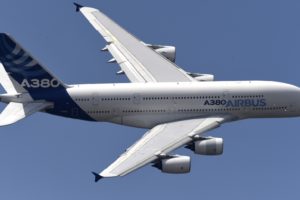 The EU is preparing to respond in a WTO dispute over the US subsidies for Boeing. This was announced on Tuesday by a representative of the EC, responding to statements by the American side about possible new duties on the EU imports because of the Airbus subsidies.

The office of the US Trade Representative said on Tuesday, that Washington is considering the introduction of new duties on imports of the goods from the European Union until the EU stops subsidizing Airbus. A tentative list of goods that may be subject to new duties includes civilian helicopters and airplanes, as well as their components. In addition, the list includes salmon fillet, crabs, cheeses, olive oil, jams, juices, wine, carpets, and many other items. Fees may apply to four countries – France, Germany, Spain and the UK.

“The EC takes note of the press statement issued yesterday by the US trade representative and the publication for consultations of a preliminary list of response actions on the WTO dispute over Airbus”, said an EC official, commenting on the statements of the American side. According to him, the data cited by the trade mission, “are based on US internal estimates”, which were not evaluated by the WTO. “In a parallel dispute over Boeing, the EU will turn to an arbitrator appointed by the WTO to determine the EU’s right to respond. The Commission begins preparations for the EU to take prompt action based on the arbitrator’s decision on the response rights in this case”, added the EC representative.

At the same time, according to him, “the EU remains open for discussions with the US, if they do not have preconditions and are aimed at a fair result”.