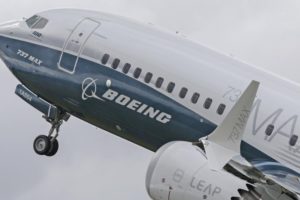 Boeing and the US Federal Aviation Administration (FAA) will secure the approval of other countries when resuming the operation of the 737 MAX passenger aircraft. Thus, the FAA has formed a group with the participation of representatives of Brazil, China, the European Union, Canada, Indonesia and the United Arab Emirates (UAE), which will approve the updates of the aircraft.

This move, which was unthinkable for the United States before the Boeing 737 MAX disaster in Ethiopia, is intended to restore world confidence in the products of an American aircraft manufacturer. The group mentioned above, headed by Christopher Hart, former chairman of the US National Transportation Safety Board, will hold its first meeting later this month.

the group has wide authority to verify the 737 MAX security certification process. The group and experts, in particular, will focus on the adjustment of the MCAS (Maneuvering Characteristics Augmentation System).

In March, Boeing representatives announced a temporary cessation of deliveries of 737 MAX aircraft, and later – a reduction in production of the aircraft from mid-April. Such measures in the company went after the US Federal Aviation Administration ordered the suspension of Boeing 737 MAX flights in US airspace. At the beginning of April, Boeing CEO Dennis Muilenburg admitted that the two Boeing 737 MAXs failed MCAS before they crashed.