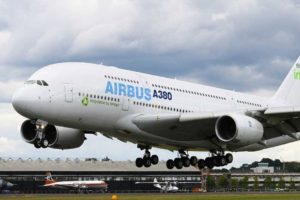 The first two Airbus A380s, which enter Singapore Airlines’ fleet since October 2007, are being taken apart at Tarbes Lourdes airport in France and scrapped. The airplanes were grounded at the airport since June 2018 and this week moved to the demolishing lines. They are owned by the German leasing company Dr Peters Group, which failed to find operators for the planes.

Overall, the owner of both Airbus A380 hopes to generate around 80 million USD per aircraft from the sale of the parts and engines

More A380s could join on the scrapyard as several airlines have announced they would reduce their fleet. Upon taking office, Air France new CEO Benjamin Smith had announced on November 26, 2018, that the French flag carrier would get rid of about 50% of its superjumbo fleet.

Airbus has officially confirmed the end of A380 on February 14, 2019. Because of the lack of airline demand, superjumbo production is to cease in 2021.

Airbus A380 is the world’s largest passenger airliner, a wide-body aircraft. Airbus studies started in 1988 and the project was announced in 1990 to challenge the dominance of the Boeing 747 in the long haul market. The company launched the 9.5 billion EUR (10.7 billion USD) A380 programme on December 19, 2000. However, difficulties in electrical wiring caused a two-year delay and the development cost ballooned to 18 billion EUR.

Finally, the production peaked at 30% in 2012 and 2014. However, Airbus concedes that its 25 billion USD investment for the aircraft cannot be recouped.