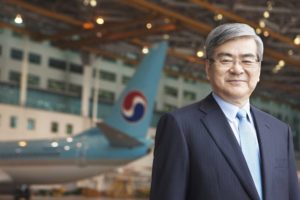 The former director general of Korean Air Lines, Cho Yang-ho, died in the United States due to a chronic illness. Cho Yang-ho, 70, died at a hospital in Los Angeles on April 7.

His leadership was overshadowed by several family scandals, including the infamous ‘nut rage’ incident.

At the end of March at a general meeting, shareholders of Korean Air Lines refused to include Cho Yang-ho on the board of directors, as he was on trial for corruption. The company is a member of the large Korean concern Hanjin Group, which was also headed by a businessman.

Experts linked his expulsion from the board of directors with the desire of shareholders to improve the company’s image. The fact is that in the past few years, members of the Cho Yang-ho family have been involved in high-profile scandals.

The Cho family made international headlines after a “nut rage” incident in 2014 involving Cho Hyun-ah, the eldest daughter of Cho Yang-ho – who is also known as Heather. Ms Cho flew into a fury on a Korean Air flight leaving New York for South Korea when the macadamia nuts were served in a packet, and not on a plate. She ordered the crew to return the taxiing plane to its gate and had the chief steward removed.

Cho Hyun-ah faced trial over the incident in South Korea and was convicted of violating aviation safety, coercion, and abuse of power in 2015. She served five months in prison.

Korean Air Lines is the largest airline and flag carrier of South Korea based on fleet size, international destinations, and international flights. The airline’s global headquarters are located in Seoul, South Korea.

Newer PostThe US imposes tariffs on the EU imports, including Airbus aircraft
Older PostAircraft Antonov An-2 made forced landing after a loss of engine power during flight