Jumping into the water from 27 meters high is similar to jumping from a ninth floor. The Mexican diver Jonathan Paredes tries it every time…and he lives to tell the story.

Jonathan Paredes knows the world from above. The same Madrid, Portugal, Philippines, China, Italy and other nations in which the Mexican diver participates in the Red Bull Cliff Diving, where they meet those who dare to launch from 27 meters high. To realize the dimension, the jump is similar to jumping from a ninth floor…without dying in the attempt.

The 29 year old diver lives in a different world, surrounded by European and American competitors, where the winners count on their fingers and he can boast of belonging to the top of those who challenge the heights, make turns in the air and They touch the surface in three seconds.

“I entered this world in 2011 and I am fortunate to obtain bronze in Barcelona in 2013, silver in Kazan 2015 and be the absolute champion in 2017. To defeat the high-altitude diving monster named Gary Hunt and prove that he is a being of flesh and blood like the others “, comments Jonathan from Madrid, the previous days of the trip to Italy, where yesterday he participated in the third series of 2019. 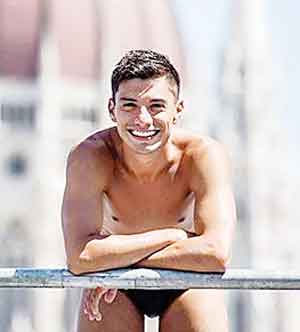 I lived in Naucalpan and from the age of six they took me to swim to the Cuauhtémoc Unit of the IMSS. I was struck by those men and women who climbed to the top and threw themselves with spectacular turns. One day they invited me to jump higher and that became addictive. “Jonathan Paredes Mexican diver


Jonathan grew up looking up. When he was a six-year-old boy, he watched Olympic divers like Fernando Platas, Jesús Mena and Marijose Alcalá train in the IMSS pit at the Cuauhtémoc Unit. “I lived in Naucalpan and from the age of six they took me to swim, but I was struck by those men and women who climbed to the top and threw themselves with spectacular turns”.

At age nine, Jonathan gained a spot from the three-meter springboard. At age 15, the young man had an invitation that would take him out of his comfort zone. “They invited me to do exhibition jumps at a higher level in La Feria de Chapultepec. They would pay me to do it and I was addicted to increasing the height of jumping. ”

Luck and opportunities were on his side. Fernando Platas, that diver who Jonathan observed many times on the platform, invited him to participate for a weekend in some show jumping in the Sumidero Canyon, in Chiapas. Afterwards, I would experience launching from La Quebrada, in Acapulco.

And one thing led to another, as Jonathan Paredes was invited by Red Bull to compete in the high jump world championships that are held regularly in European and Asian countries and where competitors are professional divers of the old continent, as well as U.S.

“I’m not the only Mexican,” confesses Jonathan, who names Sergio Guzmán, Diego Rivero and Adriana Jiménez as the other countrymen who live the adventure.

Jonathan is the best ranked Mexican in 2019. Yesterday, in Italy, he was in seventh place and in the general table he is fourth, only behind the British Gary Hunt, the American Andy Jones and the Polish Kris Kolanus. Sergio Guzmán is number 16. 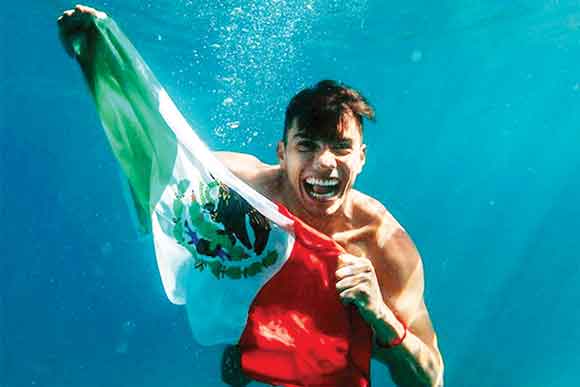 He explains that he trains alone, lives in Madrid and has spent nine years as a diver of heights, knowing the cities from another perspective. “When I started in this, they called me El Niño, because I was small compared to the others. Today I’m not so much anymore. ”

And despite so many years throwing himself to the height of a ninth floor, the Mexican athlete recognizes that “I have not lost the fear of heights. The worst moment is when I am climbing to the point where I will jump, each step is a torment for me, thinking about the worst that can happen to me and in the vertigo. I have a lot of respect for the height and I think about what can happen to me if I do not concentrate and I give a bad jump. Fortunately, I only have minor injuries to my lower back, knees and neck. ”

Many divers have rituals before launching. The one of Jonathan is to appear from the stop, to cross himself and to count: “three, two, one …”. He is cataloged as one of the most aesthetic jumpers in the group, as well as being the one who smiles most during the competitions.

This year it has seven locations. Those of the Philippines, Ireland and Italy have already been fulfilled. Missing Portugal, Lebanon, Bosnia and Spain. “Each site has a different surface and its own risks. The same we jump to the sea, lakes and pools. Although all the jumps are from 27 meters high, there are some competitions that impose more respect”.

Jonathan has lived in Madrid for several years for a simple reason. “At a show in Germany, I met a Spaniard. Her name is Noelia and she is a flamenco dancer. We fell in love and decided to stay in their territory. ”

He also has a friend in the dives. This is the Colombian Orlando Duque, another of the few Spanish speakers, although Jonathan has no problems with the English language.

“Sometimes you live more with divers than with your own family. Therefore, whenever I can, I travel to Madrid to live with my wife,” says the Mexican diver, who intends to recover ground in the four remaining stages of the championship (Portugal, Lebanon, Bosnia and Spain). 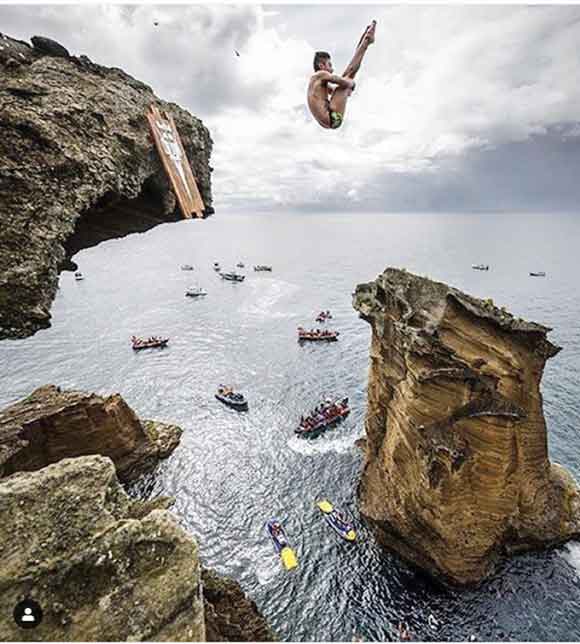 Jonathan comments on the reasons why he did not stay in the Olympic trampoline and platform events: “It made me addictive to throw myself into higher altitudes and belong to a group that travels from country to country to give this kind of shows. In addition, you live in a professional way thanks to sponsorships. ”

It does not rule out the idea that “one day, high-altitude dives will be accepted in the Olympic Games. Attempts have been made to include them, but for the time being, the votes to enter the Olympism have not been enough. ”

Even so, he does not intend to give up that habit of throwing himself into the void, from a metaphorical ninth floor, where water waits for him in a jump that only lasts three seconds. He says there is a lot of adrenaline. “Up, you have the world at your feet. The images are spectacular, but they also fill you with fear. ”

Newer PostRussia Denies U.S Claims About the Interception of a Spy Plane Over the Mediterranean
Older PostFrom Doha to Singapore, These are the 5 Best Airports in the World