Last weekend, the Sakalo Sparnai (Falcon Wings) festival was held at the Šiauliai Air Base in Lithuania to commemorate the centenary of that country’s military aviation.

The air festival was held on Saturday, July 27, and included the participation of NATO military planes and helicopters and 16 countries: Lithuania itself, as well as Germany, Belgium, Denmark, Spain, United States, Estonia, Finland, Hungary, Italy (the Frecce Tricolori were the big stars of the day), Latvia, the Netherlands, Poland (the guest country that sent more aircraft to the event), the United Kingdom, the Czech Republic and Ukraine.

The Air Force had the honor of closing this festival (in most of the air shows the best exhibition is usually left for the end). On behalf of our country flew a McDonnell Douglas EF-18M Hornet (12-18 / C.15-60) belonging to Wing 12 of the Combat Air Command (MACOM), based in Torrejón de Ardoz (Madrid).

Here we can see a picture of the staff and the tent of Wing 12 in the Sakalo Sparnai published by the Lithuanian Armed Forces on their Facebook page. Behind them we see another of the EF-18M of the Vilkas Detachment, on 12-02 / C.15-44, which was in static exhibition at this air festival: 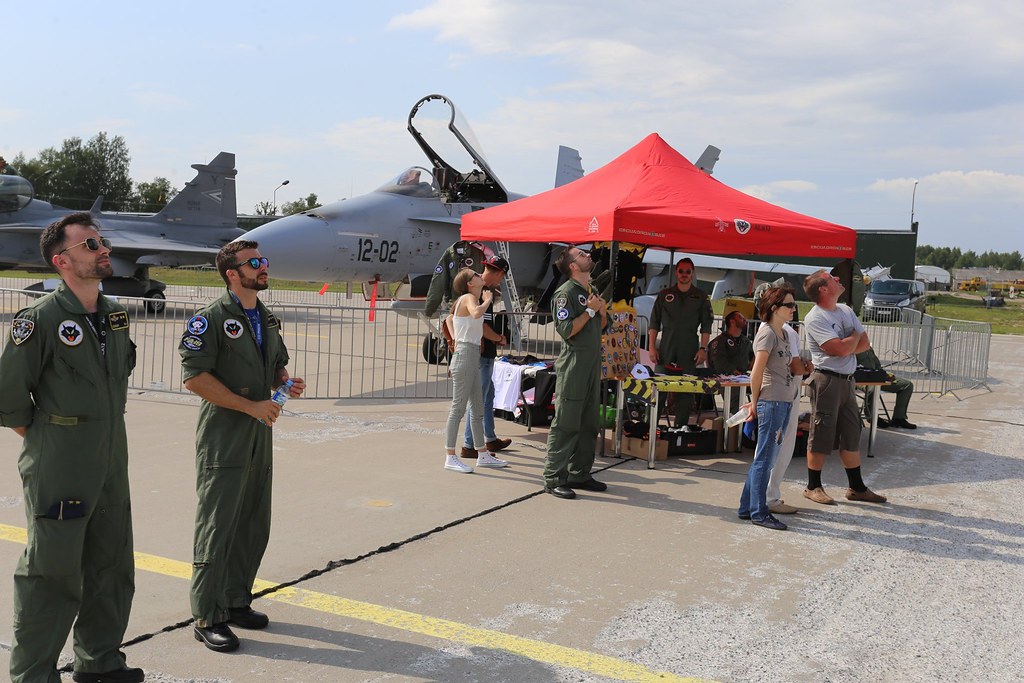 One of the moments that most attracted the attention of the Lithuanians was the launch of flares by the EF-18M, a measure used against infrared guided missiles (photo by Olga ŠeŠehova): 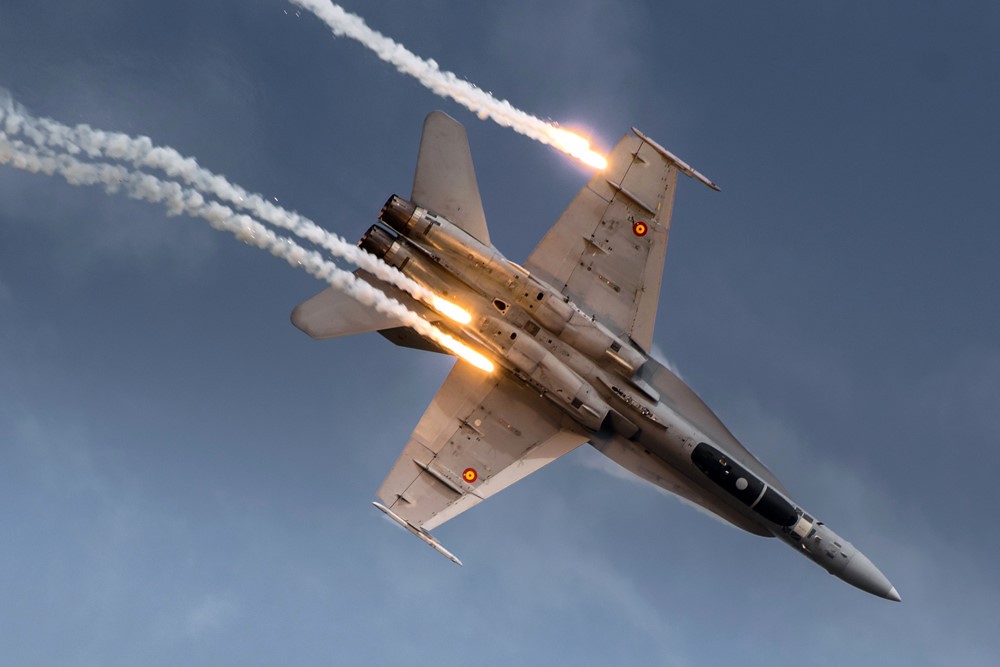 Here we see a pass of the EF-18M with the landing gear, the flight refueling probe and the deployment hook deployed (photo by Olga Šeļehova): 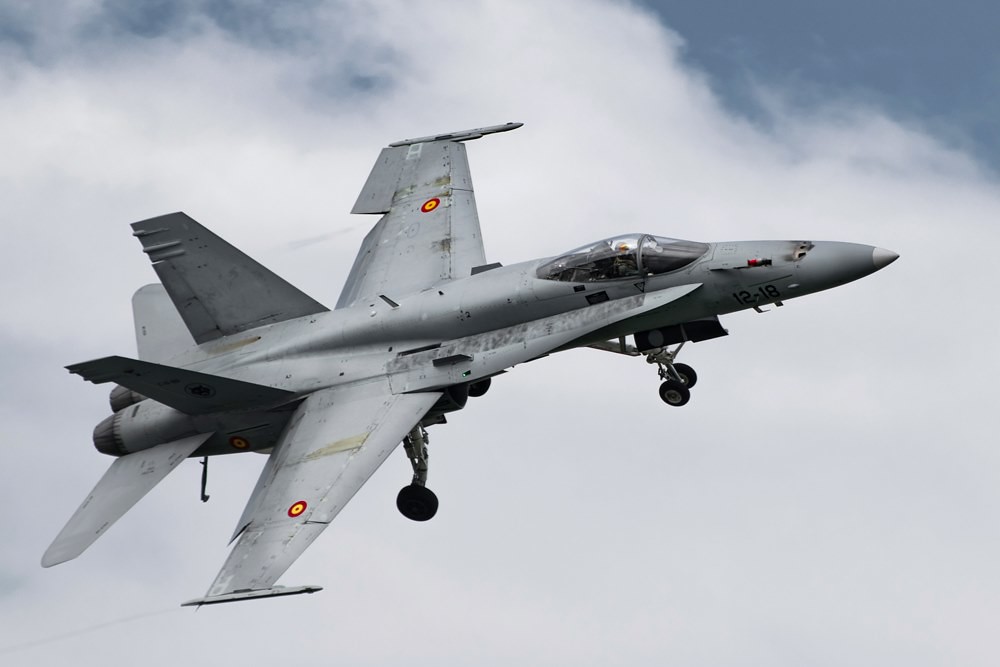 The most striking detail of the EF-18M exhibition came during its landing. And it is that the Lithuanian Air Force greeted the performance of the Spanish fighter by putting an English version of the famous “Y viva España” by Manolo Escobar, a detail that was thanked by the pilot of Wing 12 moving the stabilizers of the plane (it is a way greeting between airmen).

Check it out in the video down below!