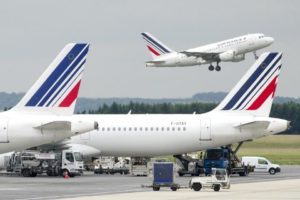 The French airline Air France-KLM reported a higher loss in the first quarter due to strong competition and higher costs. The loss grew by just under 20% YoY to 320 million EUR. Without deducting the recovered taxes, the negative financial result would be significantly higher. The operational loss is rising even more than double to 303 million EUR, which is less than expected by experts.

As expected, airfares have been put under pressure at the beginning of the year due to the expansion of the offer by a number of competitors in the industry. In addition, fuel costs have risen and the exchange rates have burdened the result.

Although Air France-KLM transported 22.7 million passengers in the quarter, which is 3% more than in the same quarter of last year, airfares were almost 2% lower than in the previous year, and the employment of the seats have also dropped.

The fuel bill grew by 140 million EUR to 1.2 billion EUR in the quarter, putting a bigger-than-expected dent in earnings. Non-fuel costs fell by 0.4% before currency effects, which pared another 34 million EUR off earnings. But forward long-haul bookings are up for the summer season, the company said, with gains of 1% for May-June.

Air France-KLM shares rose by 7.9% since the beginning of the year, after losing one-third of its value in 2018 because of strikes in the airline that have sparked investors’ concerns.