Although a Harvard document suggested that this object, which was elongated like a cigar, was extremely bright and could change speed, it could have an intelligent origin, this was ruled out.

On October 19, 2017, the Pan-STARRS 1 telescope in Hawaii detected something strange in our solar system. It turned out to be a visitor from beyond our solar system, and several of its strange features still confuse astronomers.

According to a  study published in the journal Nature, it was the first object observed outside our solar system and, as researchers call it, a “weirdo”.

“What we found was a rapidly rotating object, at least the size of a football field, that changed in brightness dramatically,” study author Karen Meech of the University’s Institute of Astronomy said in a statement. of Hawaii and leader of the research team.

The long, rocky, cigar-shaped object has a dark reddish hue burned by the millions of years of radiation from cosmic rays. This tone is similar to the objects found in the Kuiper Belt, on the outside of our solar system, but its orbit and shape put it firmly in the category of interstellar origin. It probably has a high metal content and rotates on its own axis every 7.3 hours. 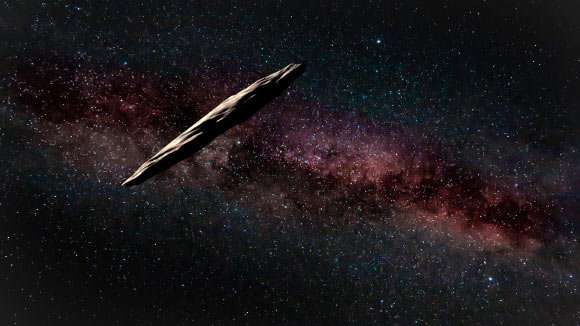 But the form, 10 times longer than wide, has never been seen before. This complex and convoluted form means that the object varies incredibly in brightness.

At first, astronomers thought that the dim light that moved quickly was a comet or an asteroid that originated in our solar system. But based on their orbit, astronomers realized that the object came from interstellar space.

They acted quickly and several telescopes focused on the object for three nights to determine what it was before it was lost to 137,920 kilometers per hour. They nicknamed him ‘Oumuamua. The Hawaiian name, partly due to the location of the telescope that discovered it, vaguely means “a messenger that extends from the distant past”. Because the object was so difficult to classify, it showed the characteristics of an asteroid and a comet, since astronomers had very little time to observe it, other theories arose.

Last year, a Harvard newspaper claimed that it was an alien ship sent to investigate the Earth.

The theory is based on the “excess acceleration” of the object or its unexpected momentum in speed as it traveled through our Solar System in January.

“Considering an artificial origin, one possibility is that ‘Oumuamua is a light ship, which floats in interstellar space like a rubble of an advanced technological equipment,” wrote the authors of the article, suggesting that the object could be propelled by solar radiation.

The article was written by Abraham Loeb, professor and president of astronomy, and Shmuel Bialy, a postdoctoral scholar, of the Smithsonian Center for Astrophysics at Harvard. Loeb has published four books and more than 700 articles on topics such as black holes, the future of the universe, the search for extraterrestrial life and the first stars.

But a new analysis of all existing data on ‘Oumuamua was published on Monday in the journal Nature Astronomy. The research suggests that the interstellar object is of natural origin and not an extraterrestrial craft. CNN has contacted Loeb and Bialy for comments. 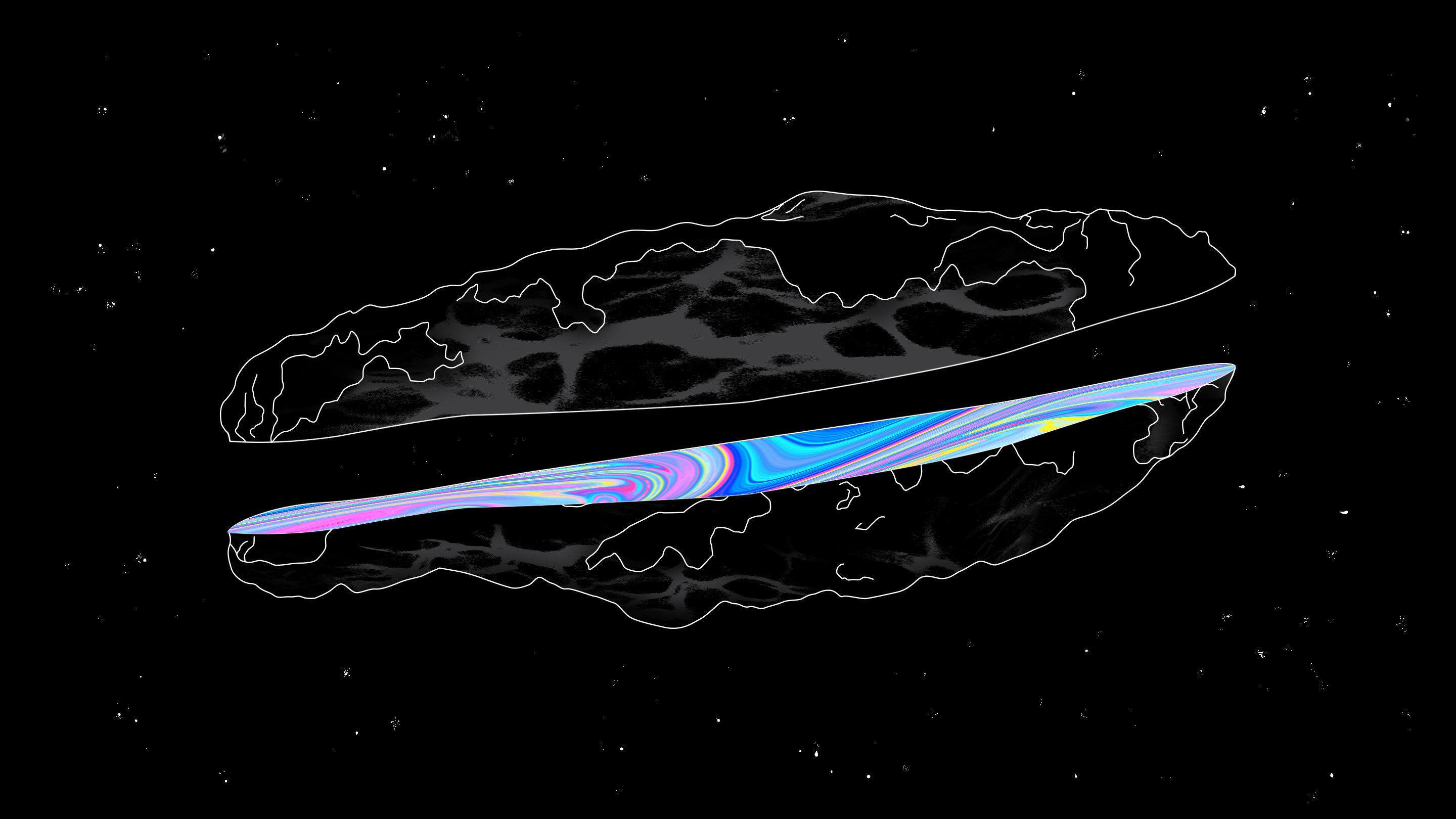 “We have never seen anything like ‘Oumuamua in our solar system. It’s still a mystery, “said Matthew Knight, associate research scientist in the Department of Astronomy at the University of Maryland. “But our preference is to continue with the analogs we know, unless or until we find something unique. The extraterrestrial spaceship hypothesis is a fun idea, but our analysis suggests that there are a lot of natural phenomena that could explain it. ”

‘Oumuamua spins like a bottle, seeming to accelerate in its path although there is no visible evidence that it spills gas.

“The movement of ‘Oumuamua did not just follow gravity along a parabolic orbit as you would expect from an asteroid,” Knight said. “But visually, it has never shown any of the comet characteristics that we would expect. There is no discernible comma – the cloud of ice, dust and gas that surrounds active comets – not a tail of dust or jets of gas. ”

Objects in the Oort cloud could very well escape the gravity of our sun to travel through other solar systems.

“We tend to assume that the physical processes we observe here, close to home, are universal,” Knight said. “And we have not yet seen anything like ‘Oumuamua in our solar system.This thing is rare and certainly difficult to explain, but that does not exclude other natural phenomena that could explain it. ”

There are explanations behind the form, rotation and point of origin. But astronomers may have a better chance to study objects like this in the future when the Large Synoptic Survey Telescope (LSST) is online in 2022. Researchers believe that ‘Oumuamua is only the first of many objects interstellar that will pass through our solar system in the future.

“In the next 10 years, we hope to start seeing more objects like ‘Oumuamua. The LSST will go beyond any other element we have in terms of ability to find small interstellar visitors, “Knight said.

“We can start seeing a new object every year. That’s when we will begin to know if ‘Oumuamua is rare or common. If we find 10-20 of these things and ‘Oumuamua still seems unusual, we will have to reexamine “our explanations”.