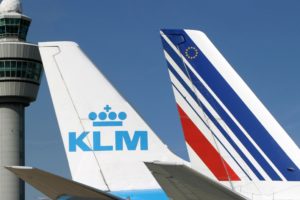 The governments of the Netherlands and France tried to reassure investors and politicians for their readiness to resolve the dispute over Air France-KLM, one of Europe’s largest air carriers.

The finance ministers of both countries, Bruno Le Maire (France) and Wopke Hoekstra (Netherlands), held a press conference, during which they promised to cooperate on all issues of improving the financial and operating indicators of the air carrier, as well as its corporate governance.

“France and the Netherlands want Air France-KLM to be the most competitive company in the world”, said Bruno Le Maire.

A long-standing dispute over the airline escalated last week when the Netherlands unexpectedly announced that they had secretly increased their participation share in Air France-KLM to 12.86% and plan to increase it to about 14% in order to equal France, which owns 14.3% of the shares. Previously, the Netherlands controlled 5.9% of the shares of the Dutch part of the holding only – KLM.

After the increase in the shareholding, the Netherlands will be able to demand a seat on the board of directors of the group of companies at the next annual meeting of Air France-KLM shareholders.

The French government accused the Netherlands of duplicity and raiding, in Amsterdam, they justified that they wanted only to monitor the restoration of the air carrier.