Brought to you by: www.trabajaencanada.ca

The beginning of the eclipse will be at about 4.30 pm when a small dark notch is observed on the sun. That pit will go forward for more than an hour until leaving only a thin luminous edge. In Buenos Aires territory will have this privilege the districts of Pergamino, Junín, Chacabuco, Chivilcoy, Luján, Mercedes, Lobos, General Paz (Ranchos) and Chascomús.

Chivilcoy will be one of the few cities in the province of Buenos Aires that on July 2 you will be able to see the total solar eclipse, when the moon comes between the sun and the earth and during the day it gets dark for a few minutes. It will be a phenomenon that will only take place in a small strip that covers Chile and Argentina.

A few minutes before sunset, around 5:40 pm Argentina, the sky will be darkened and the sun will disappear completely for almost three minutes, because the moon will come between the sun and the earth, casting its shadow and covering the solar disk.

As explained by NASA, the gravitational force of the planet will be affected by the position of the Moon, between Earth and the Sun. On that date, our planet will be 151.4 million kilometers from the star, and 365 thousand kilometers from the satellite . Thus, according to the law of gravity, the agency calculated the effects of these factors on the weight of a person weighing 80 kilos. 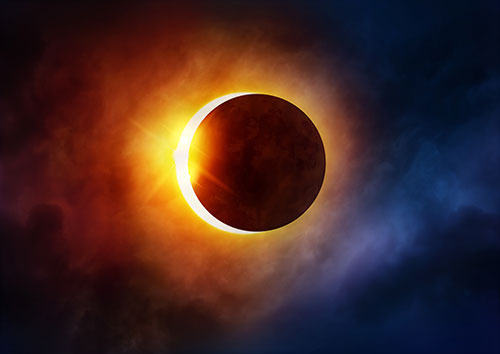 After combining these points in the corresponding equation, Nasa concluded: “You will be 1.8 pounds (0.77 kilos) lighter!”. The figure will vary proportionally according to the weight of each person, but many will have some reason to sing victory, at least for a moment.

Another modification related to the variation of temperature is the change in direction and wind speed, as revealed by an investigation by the University of Reading (United Kingdom). This happens because the hot air stops rising from the ground and extends during the course of the eclipse.

The astronomical phenomenon will also have repercussions on the state and perceptions of animals and plants, since for brief minutes they will be confused when a darkness similar to that of dusk occurs, before returning to the day.

The solar eclipse is described as one of the most beautiful astronomical phenomena. Seen from the earth, the sun and the moon, by a matter of sizes and distances, have a similar apparent size. Therefore, in certain circumstances one can cover another.

The phenomenon can be enjoyed partially in several areas of the world: in the Pacific Ocean, in some islands of Polynesia and in a large part of the South American territory. However, only a small strip between Chile and Argentina will have the privilege of seeing the eclipse in full.

From the Planetarium of the National University of La Plata warned that “in the rest of the country the eclipse will be partial, being the region covered with the sun, the closer we are to the strip of totality”. 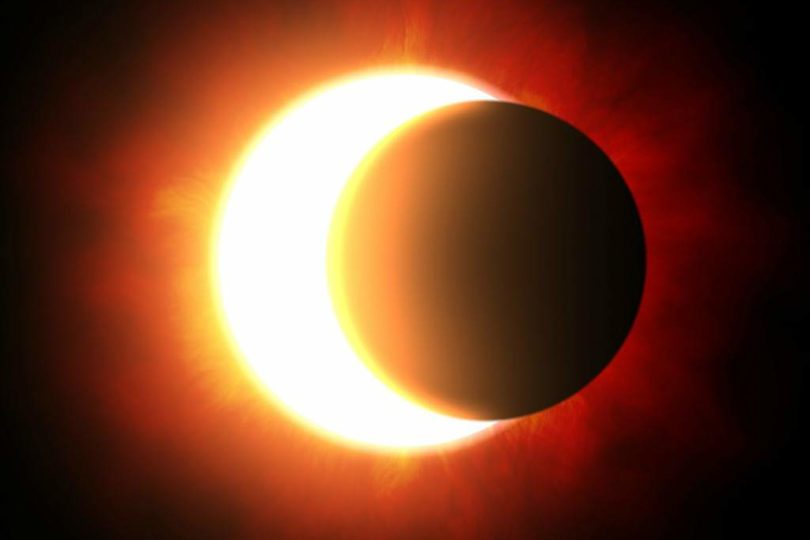 The beginning of the eclipse will be at about 4.30 pm when a small dark notch is observed on the sun. That pit will go forward for more than an hour until leaving only a thin luminous edge. “While this happens, the lighting of the place diminishes progressively, ten minutes before the totality, the darkness is remarkable, the temperature is low and the animals are disturbed,” they explained from the Planetarium.

Likewise, from the university unit they detailed: “Then, the light returns: a thin luminous border begins to grow, revealing a growing portion of the Sun until it is hidden on the horizon. And they added: “The next solar eclipse that will be seen in Argentina will occur on December 14, 2020. Its entire strip will cross Patagonia.”

The specialists advise to look for a place elevated in the horizon, free of obstacles and in northwest direction to observe this eclipse. In as much, there are some recommendations to avoid the serious ocular affections (and even the blindness) that could generate to watch the phenomenon.

– Do not look at the sun directly (under any circumstances).

– Do not look at it with sunglasses, smoked glass, x-rays, veiled negatives or CDs.

– Do not look at it through binoculars or telescopes without professional filters.

– Use filters for welding mask of index 14 or greater.

– Use glasses with reflection filter specific to solar eclipses.

– Observe it by projection through an obscure camera.

Newer PostOne Man Arrested in Connection With the Plane Crash in Which Soccer Player Emiliano Sala Died
Older PostExtraterrestrials Close to Us? Researchers Lift the Veil