UFOs are flying objects that appear in the sky mysteriously. Many people are dedicated to looking for them and documenting their observation. A few months ago, a cigar-type UFO appeared in the sky over Spain. Next, we will tell you more about this phenomenon and such kind of UFOs.

The mysteries of UFOs

According to some scientists, UFOs are not worth stopping by. Since, according to them, there is nothing special about them. They claim that, in most cases, they are unidentified meteorites, stars or planes.

However, ufology experts have shown that there are many enigmas related to this phenomenon. Even one of the most controversial hypotheses has to do with the relationship between UFOs and extraterrestrials.

In the past, it was believed that all UFOs were saucer-shaped. Now it is known that it will not necessarily always be that way. In relation to this, over time UFOs have been observed that look like rolled tobacco. Also, they are metallic and solid. Sometimes they have windows on the sides.

This type of UFO has appeared in Belgium, Mexico, the United States. And, recently, they have seen each other in Salamanca, a Spanish city.

A YouTube channel dedicated to Ufology, known as UFOVNI, has posted a video of what would be a genuine UFO cigar. This object has appeared in the city of Salamanca on September 22 of this year, at 4 in the afternoon. 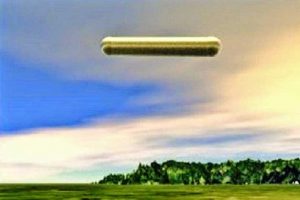 This video has great value for science, as it appears to be the best recording of this type of UFO that has been achieved so far. And, although many think that the video is false, it is considered as a real UFO due to the small windows on the sides of its structure. 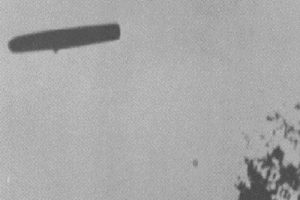