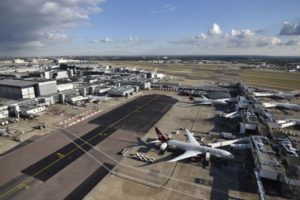 The UK government is considering the possibility of further tightening national legislation for usage of unmanned aerial vehicles (UAVs). The head of the secretariat of the British Cabinet of Ministers (deputy head of government) David Lidington, reports TASS.

“The government is studying [existing] legislation to see if there is room for strengthening it “, said the secretary of the British Cabinet of Ministers, David Lidington. “At the same time, I believe that now the airports should invest more in technological solutions to detect drones and hinder their flights”, added he.

On Tuesday, Heathrow, the busiest airport in the UK and Europe, was forced to suspend flights for an hour due to the appearance of a drone in the area. British police is investigating the accident.

In December, the drones paralyzed the work of the second largest British airport Gatwick for almost two days. About a thousand flights were canceled and pre-Christmas plans of 140,000 passengers were violated. Gatwick serves more than 45 million passengers per year, Heathrow serves more than 78 million.

After the incident in Gatwick, deputy head of the British Interior Ministry for security Ben Wallace said that the British authorities have the ability to deploy tools to combat UAVs across the country.

This Monday, the Parliament was informed about the measures that the government will take to minimize the risk of similar incidents in the future.

In particular, the radius of no-fly zones for drones around airports will sharply increase, all owners and operators of UAVs weighing from 250 grams to 20 kg will be obliged to register and take online tests for the ability to control drones.

The police will also have additional powers in order to land, confiscate and inspect drones if necessary, as well as to fine their owners for refusing to show the representative of the authorities a license to control the UAV or obey the request to land the vehicle.