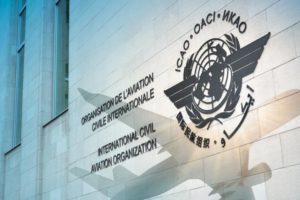 The United States prevented the efforts of the International Civil Aviation Organization (ICAO) to restore commercial aviation to the DPRK in order to exert additional pressure on the country before the second meeting between Donald Trump and Kim Jong-un, scheduled for the end of February.

The ICAO assisted Pyongyang in opening a new air route that would pass through the airspace of the DPRK and South Korea. Currently, all air routes in the region bypass the territory of the DPRK due to the likelihood of rocket launches without prior notice. If the DPRK airspace is recognized to be safe, the airlines, making a series of flights between Asia, Europe, and North America, can save fuel and time, and the DPRK will be able to begin the revival of the commercial aviation industry.

The ICAO was ready to assist the DPRK in restoring the industry by organizing training courses for military and civil aviation personnel. In addition, the DPRK requested access to US-made aeronautical charts.

However, the US persuaded ICAO specialists to abandon the assistance of the DPRK until Pyongyang demonstrates significant progress on denuclearization.

“They [the United States] will firmly hold all possible levers of pressure to make sure that there is no loophole until the DPRK takes such actions that would deserve an award”, said anonymous source from the ICAO.

The first-ever meeting of the leaders of the United States and the DPRK was held on June 12, 2018, in Singapore. Following its results, Donald Trump and Kim Jong-un adopted a joint statement. In it, Pyongyang announced readiness for complete denuclearization in principle, and the United States pledged to provide security guarantees to the DPRK. Last week, Trump announced that the second summit will be held February 27-28 in Hanoi.