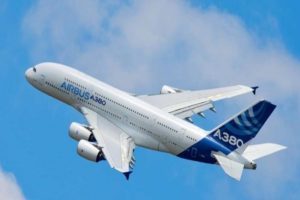 The US Department of Justice is conducting an official investigation into the European aircraft manufacturer Airbus for corruption allegations.

Airbus was notified of the investigation conducted by the Ministry of Justice at the end of this summer.

Own investigations are also being conducted by the British Serious Fraud Office (SFO) and the French regulator Parquet National Financier (PNF), which accuse Airbus of using intermediaries to pay bribes.

“As we reported earlier, Airbus is cooperating with all relevant regulators and authorities, including the US Department of Justice, both in the case of revealed violations of export regulations, which were notified to the ministry, and due to factors that are part of the ongoing investigations by the SFO and belong to the jurisdiction of the United States”, said a representative of Airbus.

In October 2017, Airbus reported violations of the US regulations relating to arms exports, which the company voluntarily reported to the US Department of Justice.

Earlier, some of the top managers of Airbus hinted that the company hopes to avoid lawsuits in the UK and France, working with the investigation.