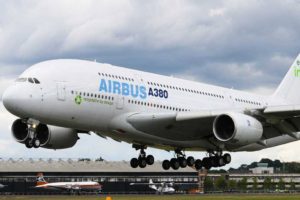 The administration of the US President Donald Trump triggered imposing duties on the EU imports, including Airbus aircraft. According to the authorities in Washington, the measure is justified because of the state subsidies for the aircraft manufacturer. The United States has a dispute with the World Trade Organization (WTO) over subsidies to the aircraft manufacturer since 2004.

“Our absolute goal is to reach an agreement with the EU to put an end to all WTO incompatible subsidies for the large civil aircraft”, said the US Trade Representative, Robert Lighthizer.

The EU is considering a possible response to subsidies for the Airbus’s main competitor – Boeing. According to the acquaintance, the size of the countermeasures proposed by the United States are “highly exaggerated”, considering that their size can only be determined by the WTO.

In their decision, the US authorities quota a report by the international organization that the EU subsidies have caused “serious damage to US interests”. This is a loss of market share from Airbus’s chief competitor – Boeing.

“Boeing supports the American trade representative and his team in their ongoing efforts to make the global aircraft market fairer”, says the statement of Boeing.

Airbus said they did not see a legal basis for Washington’s actions.