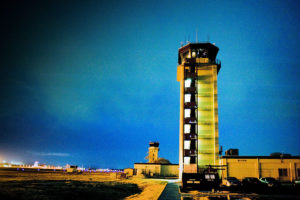 The US military is ready to allow the temporary use of the Yokota Air Force Base located in Tokyo Prefecture to serve civilian aircraft during the Summer Olympic and Paralympic Games in 2020. This was announced on Monday in Tokyo by the deputy commander of US forces in Japan, Gen. Christopher J. Mahoney.

“If a similar plan is adopted, we are ready to support it on 100%”, says the Marine Corps Brigade General. At the same time, he stressed that so far no decisions have been made on this matter.

The US Air Force base “Yokota” is located in the city of Fussa in the west of Tokyo prefecture on an area of ​​more than 7 square kilometers. It plays the role of the main transit point for American troops in eastern Asia. There, in particular, the headquarters of the US armed forces in Japan is located.

Tokyo and Washington have for many years been consulting on the possibility of partial use of this facility for civilian purposes, but so far there has been little progress in such negotiations.