A false message circulates through social networks that uses decontextualized and misleading photographs – especially for its poor quality – to suggest that a “laser beam of energy” could be causing fires in the Amazon and other forest lands.

Only one of these posts was shared by more than 12,000 Facebook profiles in less than a week (at the time this verification is published), however the reality is that the origin of the images is very different from that induced.

NASA and the German Research Center for Geo-sciences GRACE Follow-On launched a spacecraft aboard a rocket called SpaceX Falcon 9 on Tuesday, May 22, 2018 from Vandenberg Air Force Base in California.

Although the image was not taken at the same time, it can be seen that the landscape and the position of the camera is identical. NASA publishes a different one, with another perspective, in which the American flag and the SpaceX logo can be seen.

The objective of this space mission was to track the movement of water and other changes in the mass of the Earth above and below the planet’s surface, according to NASA. You can also watch the video of takeoff on YouTube. 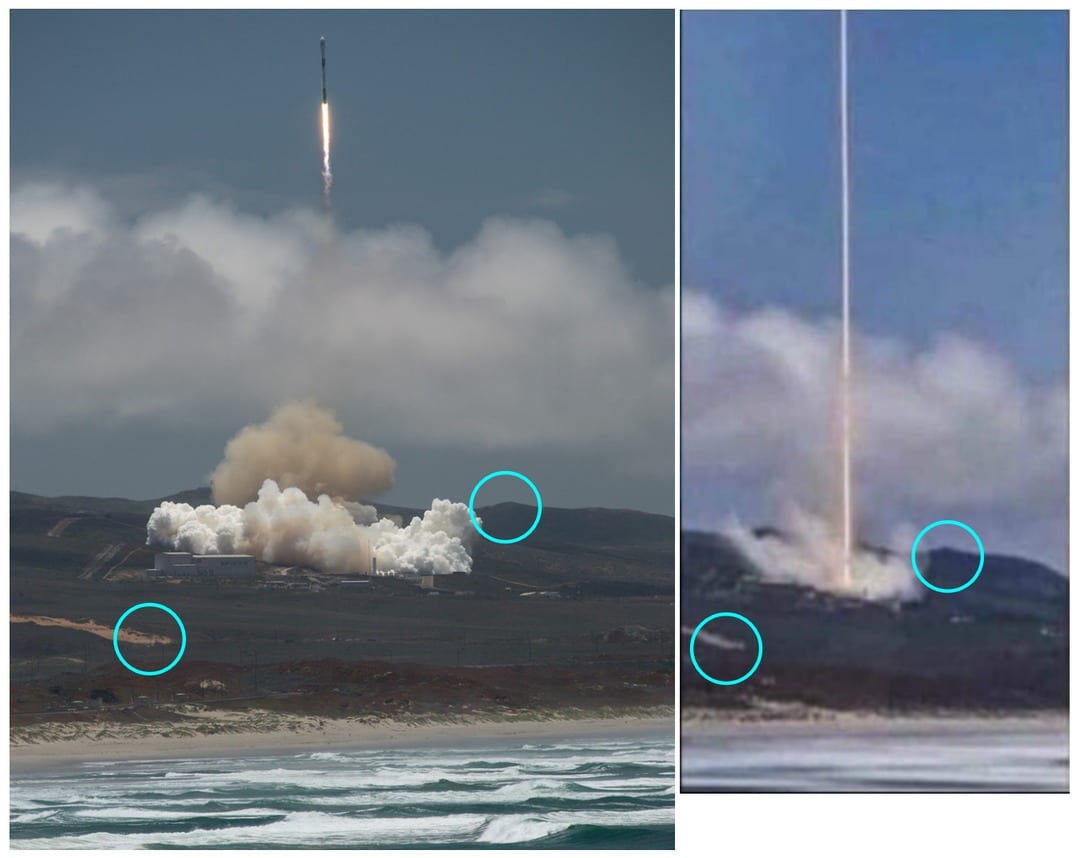 The next photograph was also taken in the US, specifically in the Klamath national forest. It was published by the official Twitter site of this forest, where you can read official information and communications from the agency that manages it.

This is the origin of the image, the first time it was published. As you can see the ray of light is a reflection in the camera.

“Good Morning. Here is a picture of the Noland fire, discovered earlier this morning near Carter Summit in the Salmon/Scott Ranger district. Fire suppression resources are currently arriving at this incident.”

However, some users who saw this image asked what the light line meant. That is why Mick West, a retired American video game programmer who has a discussion blog on scientific matters, decided to make a video explaining the reason.

Here’s an explanation of the streak of light – it’s actually from a bit of grease on the lens cover. https://t.co/7GYHVfMT6q pic.twitter.com/lMoZ1Ohlh8