The National Aeronautics and Space Administration (NASA) recently published a series of photographs taken by the space probe ‘Juno’ in which a strange black spot is observed on one of Jupiter‘s faces.

This stain baffled NASA experts who, at first, did not know for certain nature.

After a few days, NASA reported having a reasonable explanation for this event.

The space agency reported that it was the shadow produced by Io, one of Jupiter‘s volcanic moons.

The photographs, published on September 12, were part of a series of images captured by ‘Juno’ at a distance of approximately 8 thousand kilometers.

The NASA probe will end its mission in 2021. 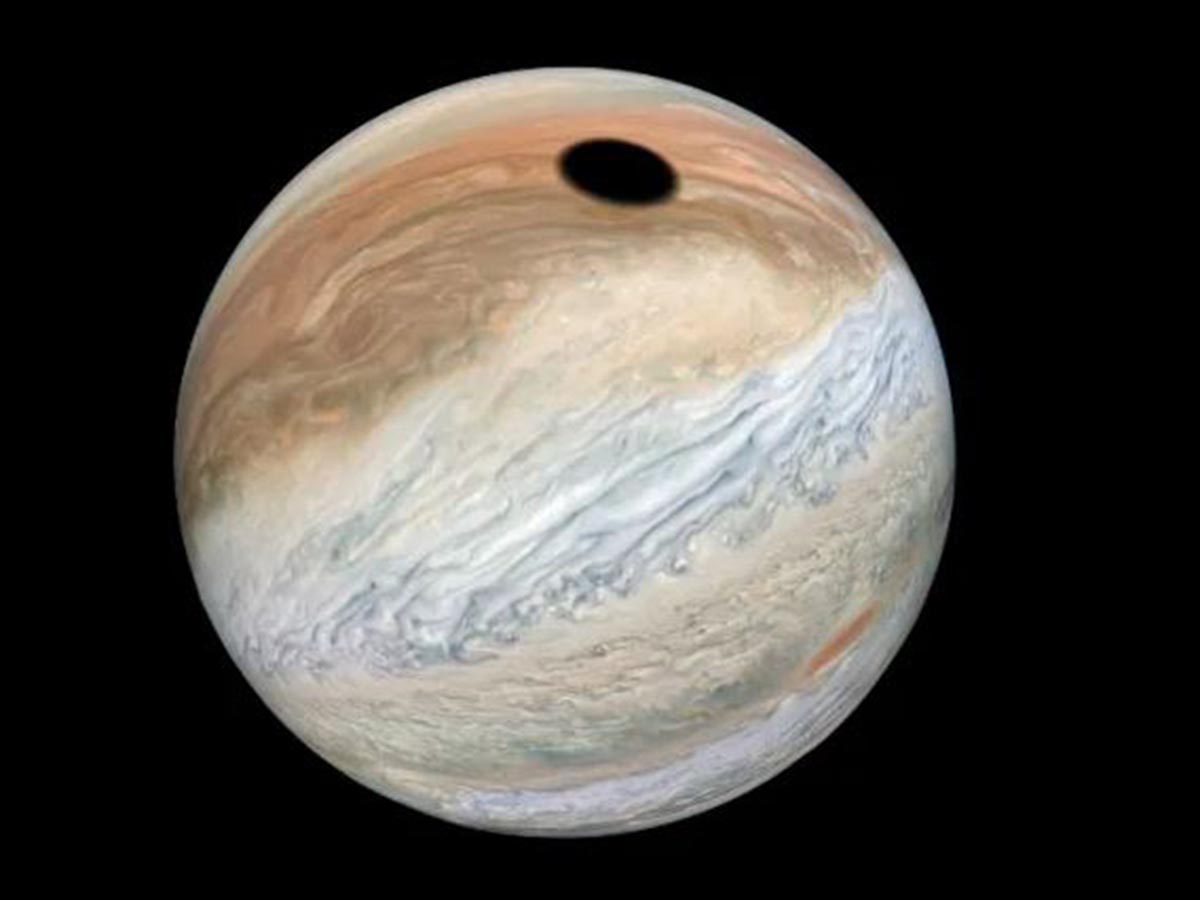