In Taiwan there is a mysterious town that was abandoned many years ago.

This is Sanzhi, a luxury residential area that was not finished being built because the inhabitants said it was a cursed area where demons abounded and was even visited by aliens.

The project of this construction began in the 1980s, which was abandoned.

The urbanization was intended to be a futuristic complex of housing for rich people, but the neighbors of Taipei knew that this was not a good idea because a curse reigned in the area.

The workers ignored the warnings and continued the construction erected for US officials vacationing in Taiwan. 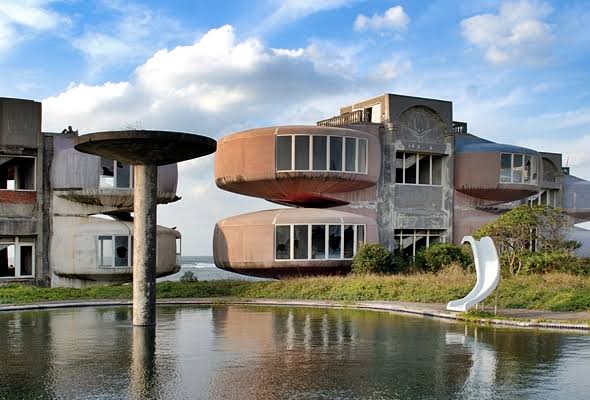 The 70 thousand square kilometers became the worst nightmare of Taiwanese masons who denounced paranormal events that, initially, no one considered real.

However, so many accidents began to drive investors away and the financing of the project suffered a great fall, so the activities stopped and finally the holiday complex was abandoned.

The neighbors in the area claimed that Sanzhi was inhabited by evil spirits; in fact, several specialists tried to find out the past of the place and there was talk that there was a Dutch cemetery on the site, as well as ‘the magnetic fields used to present numerous alterations’.

The exact number of accidents that occurred in this cursed town is still unknown and some para-psychological theories said that the site was the center of ancestral demons that could not be disturbed and when they woke them caused all kinds of calamities. 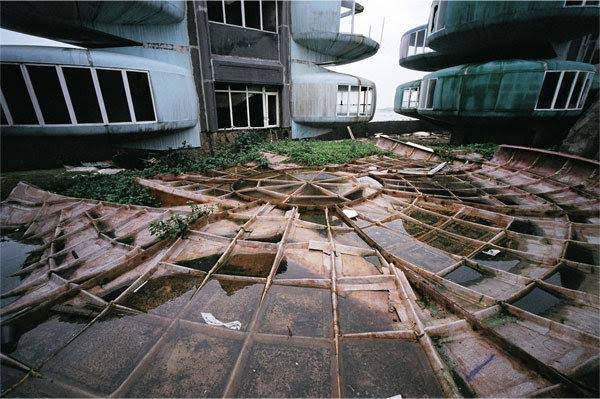 The residential area was called ‘the abandoned holiday complex of UFO houses’ and for several years it was the scene of curious tourists who made excursions to know the dark history more thoroughly; even, the television network MTV used it for its commercials and documentaries.

In spite of everything, there are still businessmen interested in using these lands for their benefit, that is why in 2008 it was completely demolished and it was said that some important hotel chains would raise their premises there, but so far no one has dared to desecrate this damn area once again.