A recent NASA-sponsored competition aimed to determine the best way to colonize the Galaxy, it was a Chinese team that won.

Recently closed the tenth edition of the Global Trajectory Optimization Competition (GTOC X), this year organized by NASA. Each year, this competition aims to present issues related to space travel, to which engineers, physicists and other mathematicians must find effective solutions.

For this new edition, the goal was to determine the most effective way to spread our species in the Milky Way. 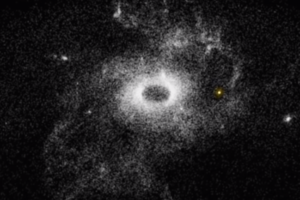 To this end, all the competing teams have been given a set of 100,000 potentially habitable star systems. The movements of each object were also presented. Regarding the physics allowing the trip itself, no question of using wormholes (shortcuts) or imagine a technology to move at relativistic speeds.

The constraint was: you are able to travel in space in the long run, with ships able to support the settlers for hundreds of thousands of generations.

Taking all these considerations into account, several proposals have been made. But the most attractive is undoubtedly that realized by a team of Chinese researchers. A joint team from China National Defense Technology University and Xi’an Satellite Control Center, more precisely.

Here’s how they think we could colonize our galaxy in the most efficient way possible. In other words, covering a maximum of space while respecting the physics necessary to move.

In this video, it is assumed that humanity decides to conquer the Galaxy in 10,000 years. Each small white dot represents a potentially livable system. Of course we start from the Sun, starting with three mother ships and two faster ships.

The orange lines represent the trips made by settlers to the generations. Once a system colonized, and at least 2 million years ago, three new ships are then sent elsewhere. In total, the simulation covers several tens of millions of years.

Of course, these are only simulations that we can never really experience. But the exercise is interesting insofar as it makes it possible to understand to what extent the fact of extending in the Milky Way can be done with a surprising “speed”.

Indeed, this simulation covers a total of about 90 million years. In other words, being as efficient as possible, it’s about the time needed to colonize the Galaxy, which, as we recall, is 13.5 billion years old. Results that could interest the SETI, for example, which probes the sky in search of extraterrestrial signals.