More than 60 million years ago dinosaurs strolled the Earth as the dominant species. No one or anything seemed to be able to crack his reign, but a colossus that came from outer space changed history forever.

For decades the theory of mass extinction of species due to the impact of an asteroid has solidified as the most viable to explain why today humans are the predators that lead the food chain. A new study has given incredible details of what happened that fateful day, almost minute by minute.

The National Academy of Sciences of the United States released on Monday the results of a series of new studies that show a meticulous timeline of what happened at the moment of impact, during and after, when the ocean waters shook by the Hecatombe and then returned to their channel giving way to the worst.

Years of hard work, which included the drilling of the “zero zone” where a crater was formed by the coup in what is now the Yucatan Peninsula, result in a detailed report that amazes the scientific community.

The asteroid fell into the sea a short distance from what is now the Yucatan Peninsula, Mexico, equivalent to the destructive power of 10,000 million atomic bombs.

The impact triggered a sequence of events that were the beginning of the end for 75% of plant and animal species, including all non-avian dinosaurs .

By subjecting material extracted from the rock core to various tests, including geochemical study and X-ray images, the dark layers revealed surprising details, including the large amount of material that accumulated a few hours after impact, along with pieces of coal that They left the forest fires.

“It didn’t look anything like all of the above,” Sean Gulick, chief scientist of the expedition and researcher at the University of Texas at Austin reminded  National Geographic.

Thoroughly, the team lifted limestone from the ocean floor and was able to observe the compressed remains of ancient organisms that died tens of millions of years ago.

“You can almost touch that day,” Jennifer Anderson, an experimental geologist who studies impact craters at Winona State University, said about the structured research. “The level of detail leaves you speechless.”

Previous studies have been reconstructing what happened after the so-called Chicxulub impact using a combination of computer models and the geological consequences found in a large number of sites around the world.

The scientists hoped to solve the mystery that followed the chaos by closely examining the impact crater. Sediment layers had buried him and that prevented his erosion, but he also hid it from the scientists.

To get to the truth they had to pierce what nature buried. 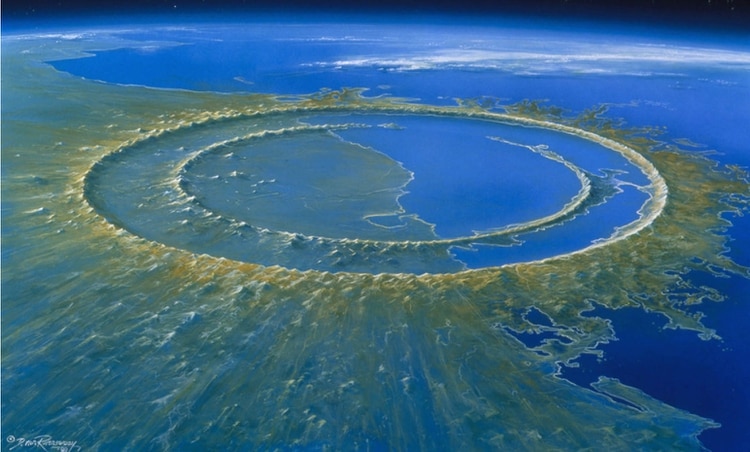 Scientists began exploring the structure of the crater in 1996 through seismic studies led by Joanna Morgan, who co-directed the latest drilling efforts with Gulick.

Together with a second expedition in 2005, this work confirmed the presence of what is known as a peak ring: a circle of buried mountains that forms quickly within the largest of the impact craters.

“Such a structure is an ideal place to drill,” says Gulick.

Not only can it reveal the fundamental processes behind the formation of mega craters, its elevation places it relatively close to the modern seabed, which means easier access.

In the spring of 2016, the team finally reached the promised treasure: the Chicxulub crater. Over the course of two months they removed sections of the nucleus.

In total, they collected a portion of land approximately half a mile long that agglomerates the impacted rocks that were below the impact, the layers of melted rock and the transition back to normal seafloor sediments.

“It was amazing to be on the boat and see those cores appear first and realize that they had some really exciting things to say,” Gulick marvels.

The new study of that central sample combines the rocky record with computer models to create an unprecedented timeline of the geological chaos that occurred on the day that caused the disappearance of the dinosaurs.

“To say that we’re seeing something that happened the day that the impact occurred 66 million years ago, is a kind of resolution that we almost never see in geology,” says Anderson.

One of the most striking findings is the speed at which the material was deposited again after impact. A shower of asteroids drilled miles of ocean floor, vaporizing rocks and water in an instant.

Shock waves inside the crater sent solid rock that flowed as a liquid to form a high peak, then the collapse formed the ring. Minutes later a jumble of rubble was piled on the circumference of 130 feet thick.

Then, when the ocean rushed back after being removed by impact, steam pockets emerged that threw more rock fragments.

Within an hour, the crater was probably covered by a mixture of water and rocks, periodically splattered by the collapse of the steep crater wall.

“Like if you pour a bucket of water in a bathtub, it doesn’t stand still, it splashes,” Melosh explains. “Every splash coming and going deposited more material.”

The team also found a notable lack of sulfur in the crater rocks. About a third of the rocks surrounding Chicxulub are sulfur-rich minerals known as evaporates, but these minerals were remarkably absent from the core sample that the team drilled.

The impact seems to have vaporized the sulfur-containing rocks of the crater , supporting previous studies that suggest the event released up to 325 gigatons of sulfur . However, the almost total absence of the element suggests that even this gigantic number may be low.

This gas could have formed a sulfuric acid mist that erased sunlight and caused years of global cooling. Melosh also suggests that he could have created acid rain that abruptly acidified the oceans.

Either way, the effects would have devastated life of all kinds. 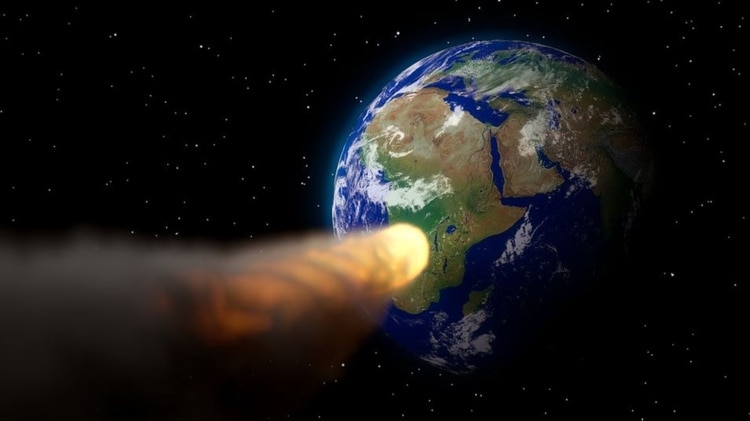 In addition, the rock core offers clues about how the collision instantly affected life on land. Rushing the planet at about 45,000 miles per hour , the impact probably sent a flash of energy that ignited landscapes within a 900-mile radius.

“Mexico caught fire immediately,” says Anderson. The impact also threw a geological shrapnel at the skies that fell around the globe, lighting fires even farther from the impact zone.

And in the few inches above the core sediment, scientists found pieces of coal, probably created by wildfires.

Interestingly, the researchers also found biomarkers of wood fungal decay, suggesting that these burned pieces come from a burning landscape.

The team believes that a powerful tsunami also spread across the Gulf of Mexico, and perhaps throughout the world, and that the water wall recovered after crossing the Mexican highlands, dragging charred earth debris with it.

There are still many more questions to answer about how the impact and its consequences spread throughout the world, Kirk Johnson, director of the Smithsonian National Museum of Natural History, told NatGeo.

The academic praised the new work for providing such an incredibly detailed record of the terrifying event.

“In a way, it tells us things we think we knew, but it says it with the data that supports it for the first time,” Johnson says.

“I think this is a great start,” adds Jody Bourgeois of the University of Washington, who has studied the tsunami deposits of impact in Texas and Mexico.

Further study of the core samples and other tests in the coming years will probably complete many more details in the tumultuous history.

Will another asteroid impact the Earth again?

While another asteroid clash of this magnitude is unlikely to occur in our lives, significant impacts are inevitable in the wider arc of our planet’s evolution, says Jay Melosh of Purdue University, which is not part of the team of study but that worked in other sections of the crater core.

“Studying these events helps us to understand more strongly the vulnerabilities of life on Earth,” he says.

“It’s not about whether there will be major impacts, it ‘s just a matter of when,” he said.