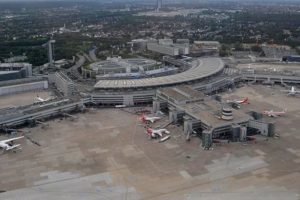 The security services of the three airports in Germany – Dusseldorf, Cologne Bonn and Stuttgart – began a warning strike on Thursday that would disrupt the travel plans of tens of thousands of people. the strike will last for one day.

At the Stuttgart airport, the strike began at 03:00 local time, in the other two – at 00:00 local time. It is expected that more than 500 flights will be canceled during the day. The strike will affect a total of 110,000 passengers. The airlines ask customers to check flight status on the Internet before heading to the airport.

The trade union Verdi called for a strike with a demand for higher wages and better working conditions for the security personnel of German airports. According to the union, the Federal Aviation Safety Services Association (BDLS) has not responded properly to the strike that was held on Monday by employees of the Berlin Tegel and Schonefeld airports. Then, as a result of the protest in Berlin, dozens of flights were canceled.

Previously, the tariff negotiations between Verdi and BDLS ended without any results. The next round of talks is scheduled for January 23.