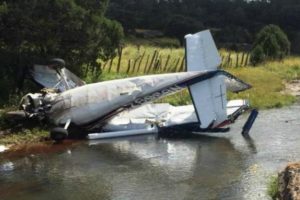 Small airplane Cessna 210-5 crashed shortly after takeoff from Yecora in Sonora, Mexico. On board of the aircraft were three Americans, who died during the accident. According to local authorities, only one of the three victims was identified. It is pilot John Cleveland from Santa Barbara, California. The other two people were, apparently, tourists and were heading to Alamos.

The accident happened after technical failure of the aircraft, which lost height shortly after takeoff. At the scene of the accident arrived police officers and firefighters.