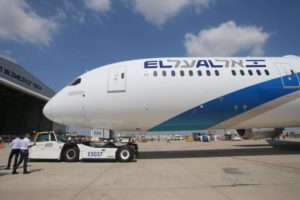 Three Israeli companies can stop flying abroad from January 2019. The largest Israeli airline El Al threatens to stop flights abroad from January 2019 due to the conflict between the company’s management and the Israeli Ministry of Foreign Affairs regarding the employment of Israeli citizens living abroad. Moreover, El Al was supported by two more airlines – Arkia Israel Airlines and Israir.

Israeli airlines regularly hire Israelis living abroad to work in the field of flight safety. However, as stated by El Al, the Israeli Foreign Ministry does not plan to renew contracts for such employees, contrary to earlier promises.

In case of refusal to extend the contracts by the Foreign Ministry, the company will have to build a new mode of operation. As stated by El Al, this is a complex system in which any change requires coordination with a variety of departments.

Meanwhile, in the office, the ministers of the country reported that the issue would be resolved soon with the participation of several ministries at once.

El Al Israel Airlines is the flag carrier of Israel. Since its inaugural flight from Geneva to Tel Aviv in September 1948, the airline has grown to serve over 50 destinations, operating scheduled domestic and international services and cargo flights within Israel, and to Europe, Middle East, Americas, Africa, and the Far East, from its main base in Ben Gurion Airport.