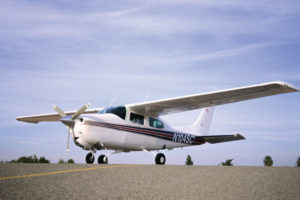 Three people died after aircraft Cessna T210M Turbo Centurion II crashed in Owyhee mountains, USA. The aircraft impacted mountainous terrain in Owyhee County between Reynolds Creek and Silver City, Idaho. Following the crash fire erupted and all the three people on board were found dead. At the scene were dispatched rescue teams and firefighters, but unfortunately were only able to announce the death of the people on board.

The cause of the crash is unknown and being under investigation by the local Sheriff’s Office, NTSB and FAA.

The Cessna 210 Centurion is a six-seat, high-performance, retractable-gear, single-engine, high-wing general aviation aircraft. The airplane has length of 8.59 m, wingspan of 11.20 m and wingarea of 16.23 sq m. The empty weight of Cessna T210M Turbo Centurion II is 1,045 kg and the maximum takeoff weight is 1,814 kg. The aircraft is powered by Continental Motors TSIO-520-R air-cooled turbocharged flat-six, 310 hp (231 kW), allowing to operate with cruise speed of 358 km/h