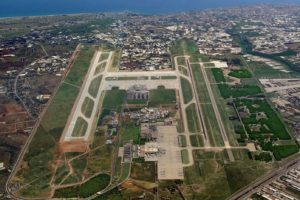 Turkey starts construction of a third airport in the resort province of Antalya. The scheduled opening of the airport will be in 2022. It will provide a high quality of service for the travelers willing to visit the famous Turkish resort. The news was announced by President Recep Tayyip Erdogan.

“We have started work on the construction of the third Antalya Airport. We hope construction will be completed by 2022, after which a grand opening will take place”, said Recep Tayyip Erdogan.

Currently, the province has two airports in the cities of Antalya and Alanya.

The interest in traveling to the resort area is high, which pushed the local authorities to think about the development of air traffic. Currently, the two airports in Antalya and Alanya are not capable to serve all the travelers flow to the province.