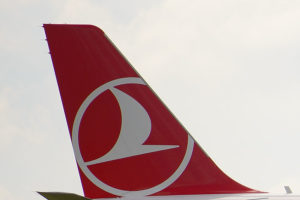 Turkish Airlines carried 5.7 million people in January 2019 with load level of 79.5%. Meanwhile, the load level on domestic flights reached 87.1%, while on international flights it was 78.3%. The strong performance ensured significant growth of revenue per kilometer and laid a favorable business environment for the airline in 2019.

The number of international transit passengers increased by 5.2% compared to the same period last year.

In January, the volume of freight/mail traffic continued to double-digit growth and increased by 14.9% over the same period in 2018. The largest increase was in Europe (21%), the Far East (13.7%) and North America (11%). In January, the load level of flights for the Far East rose by 1.4 percentage points, while for North America it increased by almost 1 point compared to the same period last year.

“In 2018, we recorded record traffic figures throughout the year. The results of the first month of 2019 demonstrate a positive trend, which is a clear confirmation of the stability of our work, which we intend to demonstrate further in the coming months of the year”, said the Chairman of the Board and Executive Committee of Turkish Airlines, M. Ilker Ayci. “As we said earlier, the year 2019 will be an exceptional year for both national aviation and our airline. The successful start of this momentous year, to which we attribute great importance in the history of aviation, with such significant indicators of the load factor, is very pleased with Turkish Airlines”, added he.